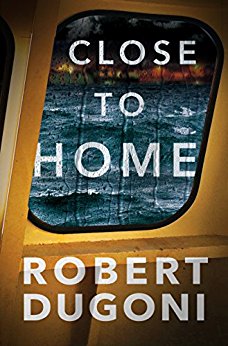 Seattle, Washington. While investigating the hit-and-run death of a young boy, Robert Dugoni’s intrepid homicide detective Tracy Crosswhite makes a startling discovery: the suspect is an active-duty serviceman at a local naval base. After a key piece of case evidence goes missing, he is cleared of charges in a military court. But Tracy knows she can’t turn her back on injustice, which is one of many reasons that among fictional heroines, she’s so easy to root for.

When she uncovers the driver’s ties to a rash of recent heroin overdoses in the city, she realizes that this isn’t just a case of the military protecting its own. It runs much deeper than that, and the accused wasn’t acting alone. For Tracy, it’s all hitting very close to home. As Tracy moves closer to uncovering the truth behind this insidious conspiracy, she’s putting herself in harm’s way. And the only people she can rely on to make it out alive might be those she can no longer trust.

As always, Dugoni’s depiction of the Pacific Northwest’s seedy underbelly is palpable and foreboding, and he brings enough of Tracy Crosswhite’s backstory through to make Close to Home an acceptable entry point for readers new to the series. At an efficient 382 pages, the book is a quick read that will leave you wanting more. In the audiobook version, Emily Sutton-Smith’s narration doesn’t dazzle, but much like a house wine paired with a good steak, it’s still strong enough to stand up to Dugoni’s gritty noir.

HYBRID, One of the Year’s Best Thrillers, by James Marshall Smith
Man of Honor, an Explosive Page-Turner by Chris Malburg