The Bottom Line: Deliciously conflicted love, murder and trickery are afoot in this worthy new entry in the Ryan Hamlin series. Highly recommended for murder and romantic mystery fans. 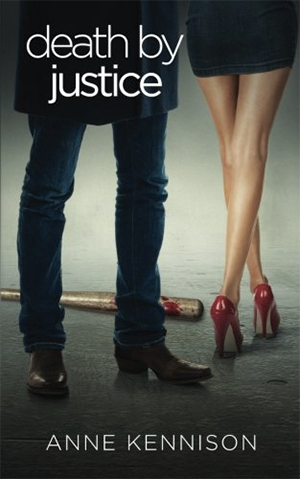 Retirement has hardly softened homicide detective Ryan Hamlin. If anything, he seems to have hardened, having hooked his son, Josh, up with ethically dubious matchmaking firm Romance LTD. As we learned in Anne Kennison’s terrific Death by Romance, Romance LTD invests in young singles in order to make them more marriageable, then introduces them to wealthy mates. The company later collects in one of two ways: death or divorce.

For Josh, Romance LTD has gone to great lengths to position him as a successful novelist (which, on his own, he is not). His target spouse is Cecily, a clever cowgirl and heir to a wealthy Montana cattle rancher. Josh manages to screw it up, falling for someone else before he can close the deal for his employer. But his new love, Lauren, also stands to inherit a tidy sum from her prickly father, Nathan. No one weeps when Nathan is murdered (not a spoiler – we learn that on page one). As you might have guessed, Josh is considered a likely suspect, and it’s up to his not-so-retired-after-all detective father to come to his rescue.

With this second novel, Anne Kennison proves that her debut was no fluke. Truth be told, the web of deceit created by Romance LTD is cast-proof and could easily be a series of its own with or without Hamlin. The fact that Kennison has made the company an equal opportunity deceiver – targeting both wealthy men and women – is a fantastic twist. What’s more, Kennison has added an effective subplot that fits perfectly with the theme of deception and entitlement that runs throughout the book.

Blood of Like Souls, a Medical Thriller by Val Conrad
Plain Brown Wrapper, a Humorous Mystery by Greg Lynch