The Bottom Line: A serial killer reckons with supernatural adversaries in this cleverly plotted horror novel. 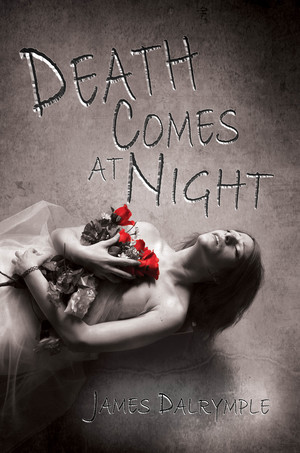 James Dalrymple’s dark thriller focuses around the night up-and-coming attorney Daniel Monson’s life changes forever. On his way home from work, he nearly runs over a woman on the road – or so he thinks. To his surprise, the woman in the road was the victim of a grisly murder.

The victim’s attempt to enlist Daniel in her revenge plot puts his own life in jeopardy, as he quickly becomes the prime suspect. His world quickly becomes one where murder victims ask him for help. In Daniel, Dalrymple has created one of the world’s most sympathetic attorneys – a regular guy thrust into a wholly unnatural world. Together with a cast of ghostly friends – a legion of haunted saints, if you will – they combine to create a supernatural investigative unit. It’s all interspersed with flashes of humor from Detectives Sears and Schwartz, who are investigating the murders, as well as the spirits of the dead, providing much needed moments of comic relief.

In addition, Dalrymple has created a well-drawn villain who gives us fascinating, if horrific, insight into how his victims are chosen. The sheer randomness of his process is believable and chilling.

Hardcore fans of the genre who enjoy digesting the gruesome details of sadistic torture will be satisfied by Dalrymple’s fare, and likely won’t blink at Dalrymple’s grisly detail. But even for the desensitized, the images of torture and the involvement of a child may be disturbing. Those who do power through will be rewarded by a heart-stopping climax and a wholly unpredictable outcome.