The Bottom Line: An engaging, original thriller pitting narco-terrorists against an elite force led by a memorable heroine. Highly recommended. 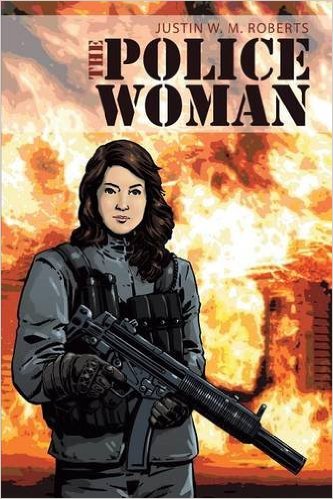 Justin W.M. Robert’s The Policewoman begins in the year 2026. The Irish drug cartel is thriving, with manufacturing and distribution operations in the UK, Ireland and Indonesia. Not content to stop there, the cartel is expanding its empire. What’s more, life is cheap, and they take pleasure in intimidating, torturing and assassinating anyone who stands in their way.

Enter ambitious Inspector Sarah Michelle Dharmawan, the team leader of an antiterrorist unit. She’s sent to Machchester to help form a special task force to destroy the cartel. Robert devotes considerable time outlining the complexity of Sarah’s character and her motivations. He quite equitably develops the cartel as well, including history, personnel and its training and tactics. Fans of military thrillers will appreciate the level of detail throughout.

The result is an addictive tour de force throughout the British Isles and Indonesia as Sarah’s team attempts to uncover the identity of various cartel members and subsequently shut down their operations. Loyalty to both comrades and family is a strong theme throughout the book, and the development of relationships among the team is well earned. The group’s tactics are imaginative, and throughout the novel, Roberts keeps things lively with dark humor that makes the plot come alive. Read it.

Death Comes at Night, a Chilling and Clever Horror Novel by James Dalrymple
The Missing, a Dark Crime Thriller for Fans of Unreliable Narrators