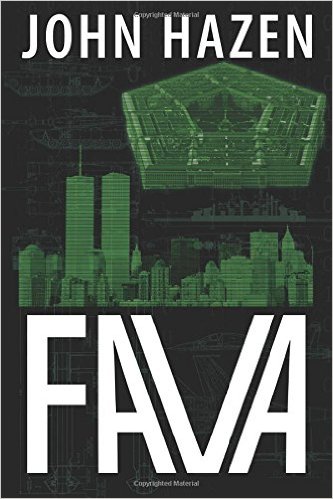 Francine Vega is an aspiring broadcast journalist who is paying her dues with puff pieces for New York’s Action News. While covering a seemingly benign story about the PowerMax lottery, with the jackpot up to $750 million, Francine thinks it will it will be a fun, but forgettable assignment.

That all changes when she meets the winner, Alan Starbuck Westbrook. When asked what he plans to do with his winnings, Westbrook coldly mentions that he will get revenge for his brother’s death on 9/11. It seems that Westbrook’s plan is to use his newfound fortune to fund an all-out war, with the help of a rogue army colonel, to destroy Islam.

It’s up to Francine to stop him. Using her investigative skills as a journalist, aided by FBI Special Agent Will Allen, she tracks Westbrook across three continents. Throughout, Hazen fuses relatable characters with a plot of high drama that brilliantly takes the simple joy of the lottery fantasy and flipping on its head. Taking one of the landmarks of the American dream, Hazen poses the terrifying possibility of turning the wrong man into a world changing force.

For fans of terrorist thrillers, Fava is a unique story that will grab readers with its big ideas, while grounding them in the detail orientated world of journalistic reporting. For anyone who is tired of garden variety conspiracy thrillers, Fava is the novel for you.

Eye of the Storm, a Five-Star Time Travel Novel by Frank Cavallo
Death Comes at Night, a Chilling and Clever Horror Novel by James Dalrymple