The Bottom Line: This compelling tale of two unlikely lovers drawn together since childhood is a must-read for fans of Nicholas Sparks, Kerry Lonsdale and Sophie Kinsella. 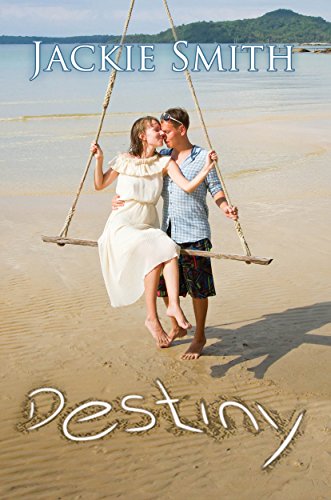 Powell has always been odd. The middle child between his two sisters, he is an intelligent, loving boy who is close with his mother and distant from his macho father. Elizabeth, meanwhile, is a bright, precocious child, excelling in everything she puts her mind to, be it dancing or art.

A car crash in their early teens changes both their lives forever. In subsequent years, the pair keep running into each other, with the promise of a deeper relationship hanging just out of reach. That is until both are in college when a skiing accident mars their burgeoning romance, leading Elizabeth to retreat from Powell. But you can bet that destiny has other plans for them.

Credit Jackie Smith, the acclaimed author of The Bargain, with creating an assured, uncomplicated and honest book. In a world of large-cast romance novels, it’s joy to read a straightforward romance where the primary tension comes from the challenges of ordinary life rather than a complicated web of deceit or intrigue. As characters, Powell and Elizabeth leap off the page, with highs and lows that are touchingly realistic without losing the drama that the romance genre is built on. If you’re a fan of epic, yet intimately drawn emotional relationship dramas, Destiny is a page-turner of the highest order.