The Bottom Line: A must-read for Koontz fans, but avoid the audiobook version. 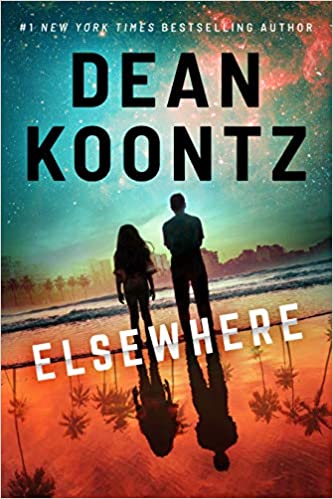 In Koontz’s latest novel, a father named Jeffy and his daughter Amity befriend a homeless man known as Spooky Ed. While it’s clear that Ed is highly intelligent and likely harmless, he sparks fear when he entrusts them a device he refers to as “the key to everything” and warns that dangerous people will come looking for it. He explains that he’ll be gone for about a year, and asks that if he doesn’t return, that they encase the strange item in concrete and drop it into the ocean.

Jeffy, who makes a living by fixing up antique radios, agrees to Ed terms just to put an end to the uncomfortable conversation. But unfortunately, he disregards a key piece of advice: don’t touch it.

The father/daughter duo find themselves in a parallel universe where nothing is quite as it seems on “Earth prime.” In this universe, their town is part of a fascist state, where parents are disciplined for not bringing their kids up according to the rules of the society, and kids are forced to join a militaristic order.

To make matters worse, Koontz has seeded this parallel Earth with a new kind of citizen: some sort of fascist chimpanzee/human. What’s more, a version of Jeffy’s ex-wife, who left him years earlier on Earth prime, has no idea who he is in this world. She’s married to an authoritarian who rallies the entire neighborhood to capture Jeffy and Amity.

Meanwhile, a group of intelligence agents from parallel Earth hunt Jeffy, Amity and Ed across universes. On the page, Koontz’ depiction of the father/daughter relationship is realistic and touching. As usual with Koontz, the action scenes are extremely effective.

In the audiobook version, the always excellent Edoardo Ballerini – who narrated Koontz’ nameless series, as well as Devoted – delivers another exceptional performance. Unfortunately, he splits his time with a narrator who voices the chapters from Amity’s point of view. The differences between the two narrators in pace, tone and approach from chapter-to-chapter are grating and nearly intolerable. Let’s hope that in future books, Koontz reverts back to letting Ballerini handle all recording duties.