The Bottom Line: A must-read crime thriller about revenge and race relations that is reminiscent of Truman Capote’s In Cold Blood. 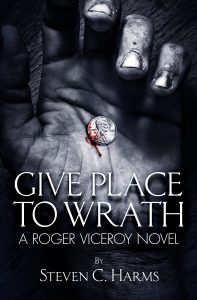 When a bomb kills golf pro Mary Hale and her caddie at the sixth hole Pine Creek Country Club, Milwaukee Detective Roger Viceroy, divisional head of the Midwest Region Special Crimes Unit, is tasked with finding the perpetrator. Was this an act of terror, or an assassination? While investigating the grisly green, Viceroy finds a stray golf ball with a foreboding statement written on it: “Six. Start Counting.”

Author Steven C. Harms’ breathtaking police procedural unfolds across two timelines. In the present, Viceroy works his case against the clock, knowing all the while that another strike is inevitable. But the more engaging timeline begins in 1964 in the fictional northern Wisconsin town of Curwood, an idyllic and homogenous municipality. Curwood is perhaps best characterized in Harms’ discussion of St. Mary’s Catholic church as “the only church in Curwood. No other churches are needed. No other churches are wanted.” So when an atheist family of Chinese descent move to town, some residents – particularly veterans of World War II and Vietnam – see it as a threat to everything they value. Harms’ home invasion sequence, so believable in its hate-filled malevolence, ranks among the most terrifying in recent memory.

Readers will see the inevitable intersection between the two timelines long before Viceroy does, but it’s no less thrilling when he catches on. Harms doesn’t waste time building Viceroy up with quirky characteristics like most series-worthy protagonists, and he doesn’t need to. The mystery at the core of this marvelously crafted novel is more than enough. Highly recommended.