The Bottom Line: The Wolf of Wall Street meets The Godfather. Gripping, salacious and irresistible. 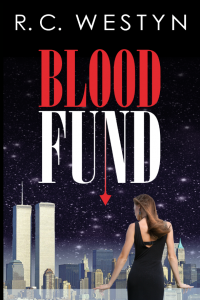 Aqua Capital may seem like just another Wall Street hedge fund, but the company at the core of R.C. Westyn’s new thriller is anything but ordinary. The men behind the fund represent a holy trinity of sleaze. Vincenzo Di Stefano, a small time Staten Island extortionist; Harold Grassler, a dirty congressman; and Charles Kavanagh, a New York society figure embarrassed by how “low” his $385,000 per year annual salary is. Perhaps the most remarkable thing about Aqua Capital’s origin story is how believable its inception is – hatched over a couple of meetings – given that they have just one thing in common: greed.

The opening chapter, in which Stefano’s goons seek to protect their loan sharking territory, gives us a visceral sense of just how far he’s willing to go to amass great wealth. In comparison, Kavanagh’s ambition – although admittedly non-violent – seem no less repulsive. Former salesman Westyn captures the emotional resonance of this cannibalistic world brilliantly.

The book’s moral compass arrives via Nebraska native Laura Ellyson, who arrives at the company after a hard slog through Carnegie Mellon, blatant sexual harassment and a soulless sales position. It takes Westyn quite a while to inject Ellyson into the novel’s primary narrative thread, but the anticipation makes it all the more thrilling when the moment finally arrives. While Ellyson’s New York experience have hardened her, have they dulled her sense of right and wrong? And once Ellyson understands just what she’s gotten herself into, is there any going back?

The answers to those questions – and the journey itself – prove to be thoroughly satisfying.