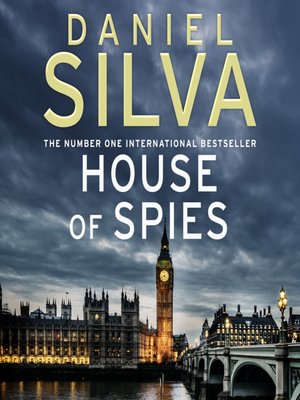 Silva’s Gabriel Allon series – espionage novels featuring the master art restorer and Israeli intelligence officer – have never been spectacular, but they are exceptionally reliable. Here Silva takes it up a notch, as the typically calm Allon is hell-bent on revenge.His target? The world’s most dangerous terrorist, a shadowy ISIS mastermind known only as Saladin.

Four months after the deadliest attack on the American homeland since 9/11, terrorists leave a trail of carnage through London’s glittering West End. The attack is a brilliant feat of planning and secrecy, but with one loose thread.

That lead takes Gabriel Allon and his team of operatives to the south of France and to the gilded doorstep of Jean-Luc Martel and Olivia Watson. A beautiful former British fashion model, Olivia pretends not to know that the true source of Martel’s enormous wealth is drugs. And Martel, likewise, turns a blind eye to the fact he is doing business with a man whose objective is the very destruction of the West. Together, under Gabriel’s skilled hand, they will become an unlikely pair of heroes in the global war on terror.

As with all Allon thrillers, half the fun is the exotic scenery, as Allon rips across the UK, France and Morocco. A genuine page-turner.

Blown Cover, an Adrenaline-Fueled Military Thriller by Mark A. Hewitt
A Brush with the Beast, a Compelling Christian Thriller by Richard Sones