The Bottom Line: An adrenaline-fueled, airborne romp, Blown Cover plays out like a summer blockbuster and leaves readers with a case of well-earned whiplash. You’ll love every minute. 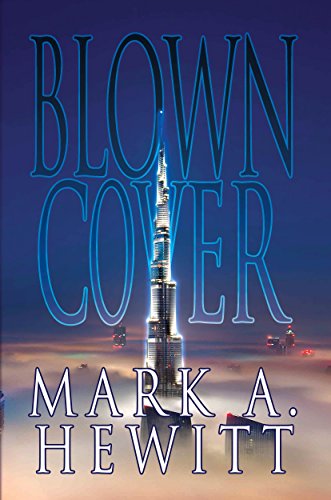 Political thrillers can come off as sleepy and procedural, but that’s never been the case with Mark A. Hewitt’s Duncan Hunter series. After the sitting president of the United States is disgraced thanks to CIA pilot-turned-whistleblower Duncan Hunter, the U.S. President is disgraced and forced to step down before going into hiding. Three years later, the current president is still dealing with the fallout from his predecessor and the sudden disappearance of a jumbo jet.

The more Duncan discovers more about the missing plane, its connection to the former POTUS and a radicalized computer scientist, the more enemies he seems to create. Soon, everyone from U.S. Special Forces to Islamic fundamentalists are out to get him. Can Duncan stop a terrible tragedy? Will he find a way out, or is this destined to be his final mission?

Four books into the series, Hewitt has evolved Duncan’s character to be far more than just a skilled fighter pilot, but he still finds ways to showcase his considerable knowledge of military air power. As a writer, Hewitt has also mastered the delicate science of managing multiple storylines and merging them at just the right moment. As a result, Blown Cover reads like a Michael Bay movie – there’s even a climactic battle scene in the world’s tallest building – but it never feels over the top. Read it.

The Harrowing of Hell, A New Jack Elliot Thriller by Dean Kutzler
House of Spies, a new Gabriel Allon Audiobook by Daniel Silva