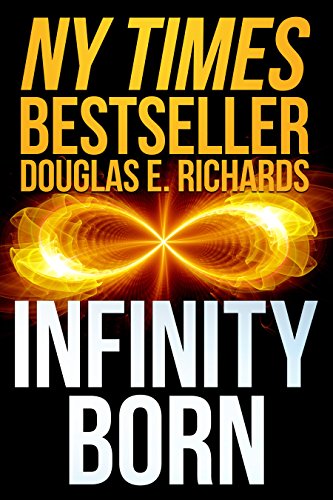 When DARPA’s billion-dollar program to create Artificial Superintelligence is sabotaged, US operative Cameron Carr is tasked with finding the culprit. He’s been on high-stakes missions before, but this time the stakes are nothing less than the future of humanity. Because the race to evolve a superintelligent computer is on, and power players around the world will stop at nothing to get there first.

In the right hands, Artificial Superintelligence could lift humanity to towering heights. But in the wrong hands, this technology could represent the greatest threat humanity has ever seen . . .

Ripped from tomorrow’s headlines, is a roller-coaster ride of a thriller that explores the deadly perils and mind-blowing possibilities that await the human race–including both extinction and immortality.

As our phones and computers become ever smarter, Infinity Born takes an unblinking look at a technological tipping point that is just around the corner. One that will have a profound impact on the future course of human history.

Cross-out, a Sophisticated Urban Novel by Roger Cannon
Hellmouth, a Compelling Blend of Romance, Murder and Corruption by Meredith Anthony