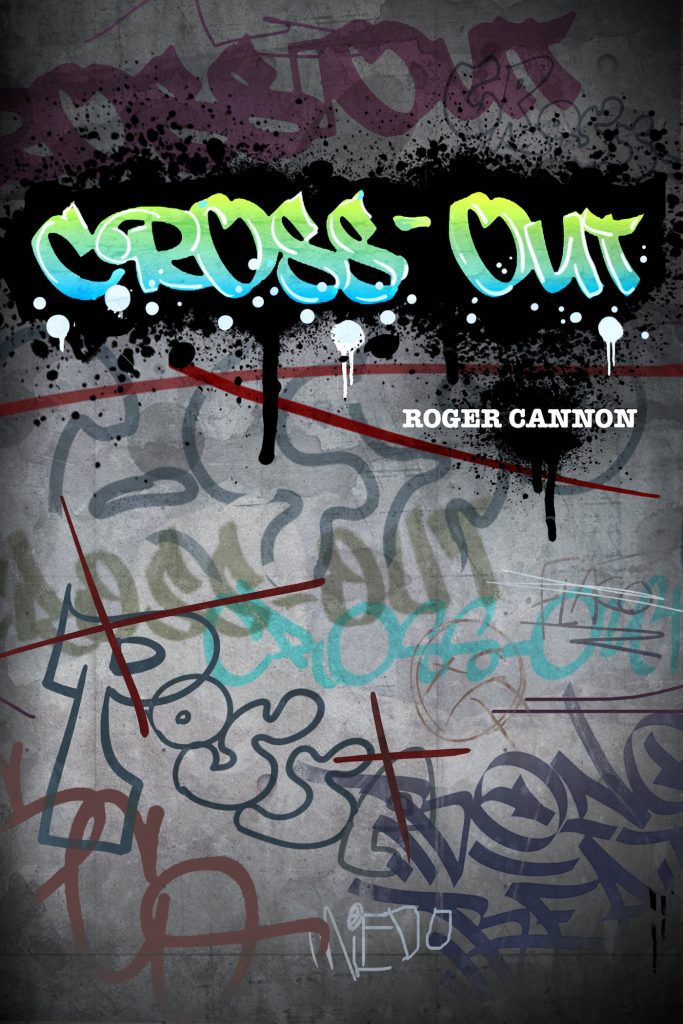 High school senior Jaime “Kimo” Flores may be enrolled in the Police Explorer program en route to a career as a cop, but the Bell Gardens resident is also the leader of a crew of graffiti artists. The son of a dead police officer, Kimo’s life is shattered when a drive-by shooting by one of his crew kills a local street gang member. More than the tragic act itself, his gang’s ensuing quest for revenge threatens to derail his future and everything he stands for.

Roger Cannon’s Cross-Out (the title refers to the act of defacing another artist’s work) is perhaps the most passionate ode to Los Angeles urban culture since Morrissey’s cult hit, “The First of the Gang to Die.” An accomplished L.A. school teacher, Cannon’s reverence for the plight of his characters is clearly evident on each page. Writing in the first person, Cannon distinguishes himself with some truly exceptional dialogue that creates a truly immersive experience.

If you haven’t spent much time in places like Bell Gardens, you’ll feel like you have after spending a few hours with Cross-Out. Similarly, local flavor permeates the language of the narration itself, an effortless mix of English, Spanish, and slang that feels just right. And speaking of language, Cannon’s glossary is a welcome touch. While much of the Spanish and English terms here are already common parlance in popular American culture (see “diss,” “wack” and “cojones”), more colloquial graffiti terms come in very handy (see “toy,” a person who generally does crappy work, and “throwies,” which describes quick, one-color graffiti).

But can Cannon’s book really be called an “urban thriller”? Sadly, no. The suspense that seems inevitable early in the book is never delivered in a truly satisfying way. But much like Speed Tribes, Karl Taro Greenfield’s semi-journalistic ode to Japanese subculture, Cross-Out feels like a rare glimpse into lives that truly matter, fictional as they may be. Readers simply looking for an exceptional glimpse into L.A. street life will no doubt appreciate what they find.

To Be a King, a Modern Mafia Masterpiece Set in Detroit
Infinity Born, a new Espionage Thriller by Douglas E. Richards