The Bottom Line: An exhilarating and emotionally-charged political thriller that will please fans of Alex Berenson and Daniel Silva. One of the year’s best. 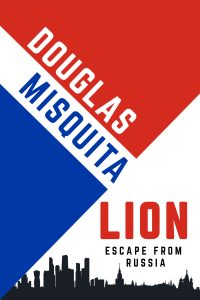 As the Islamic State closes in on one of Syria’s most notorious military prisons, captured Syrian freedom fighter Aslan “The Lion” Terzi is on the brink of suicide. Having suffered betrayal and torture, he welcomes death when the ISIL fighters storm his cell. To his great surprise, they set him free.

But as he is leaving Syria, Terzi learns that Sarah Rashnikov – the daughter of a rebel financier, whom Terzi had vowed to keep safe – is a virtual prisoner by her madman husband (the same man who betrayed Terzi in the days leading up to his capture). Terzi also happens to be in love with her. Against all sound reason, he turns back into the war-torn country to fulfill his destiny.

Author Douglas Misquita’s sixth novel is perhaps his richest yet, brimming with complex geopolitics involving Syria and ISIL, intelligence agencies from Russia and the United States, and a large cast of characters. Misquita’s depiction of spycraft and alliance-building across organizations and cultures is substantial and completely engrossing.

Ultimately, Terzi’s plight is the heart of the novel, which is reminiscent of The Count of Monte Cristo – not only because it begins with a stroke of fortune after a period of prolonged imprisonment, but also because the themes of revenge, duty and love are so prevalent throughout. As heroes go, Terzi is a series-worthy combination of brains, brawn and courage, and Misquita uses him to great effect.