The Bottom Line: Deliciously ruthless predators rule in this collection of stories about deceit, deception, fraud and power. Highly recommended. 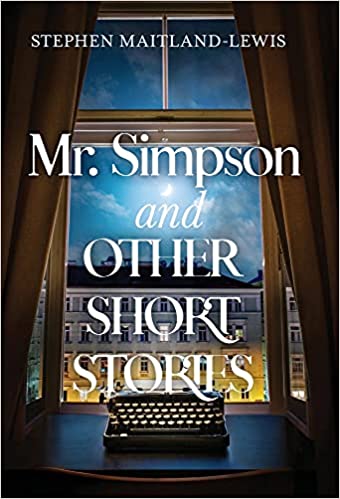 Stephen Maitland-Lewis, author of the pulse-pounding financial thriller Duped, is back with a collection of suspenseful stories that succeed wildly in chronicling the relentless pursuit of success, status and survival. The book opens with a tale centered around Ernest Simpson, the American-born British shipbroker who may be best remembered as the second husband of Wallis Simpson, who also married former King Edward VIII.

Simpson is deep in debt, but he has plans for a comeback. Unfortunately, those plans are reliant on dirt he intends to dish about the royal family, late prime minister and others. When at last he is granted a meeting with an editor, he finds himself faced with a youthful gatekeeper. His condescending and aggressive behavior gets him a second meeting, but when he arrives intending to charge them a fortune for the privilege of publishing untold scandals, he finds that he has instead walked into a trap. Tension is palpable as the paper’s star reporter unleashes evidence that he is a Nazi sympathizer who not only profited from the second world war, but actively worked against England.

The book’s other stories are similarly filled with predators that find themselves matched against unexpectedly cunning foes. Maitland-Lewis’ characters include mothers, girlfriends, sex workers, attorneys and clergymen. Despite the audaciousness of many of their actions, many are fueled by insecurity, loneliness, grief and the universal quest for survival in a dangerous world.

One of the book’s most engrossing shysters is Josephine in the story Mangoes. In the story, Josephine tells the tale of how she met a knight who, she knew, would never marry her. But Josephine isn’t about to let that stand in the way of becoming “Lady Webster.” The sweat-inducing story of how she did it is as surprising as it is abhorrent. Before telling it, she asks the listener not to judge her, and that’s the challenge for readers as they dive into this collection of uncommonly ruthless and entertaining tales. Prepare to squirm as Maitland-Lewis reveals one dark secret after another.