The Bottom line: Goldberg turns the conventional stalker thriller on its head with a tale that is fresh, suspenseful and hugely entertaining. Lexi Mazur is every bit as awkward, relatable and dysfunctional as Bridget Jones. 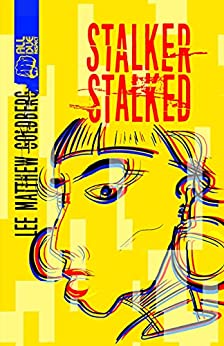 Thirty-year-old pharmacy sales rep Lexi Mazur has practically made a profession out of stalking boyfriends. But what happens when the hunter becomes the hunted?

The novel opens with a breathless burst of action that finds Lexi in mortal danger, then pivots back in time to the events leading up to that moment. When Lexi’s boyfriend discovers that she’s secretly digging around his life, he breaks up with her, sending Lexi into a nosedive of drinking, pill popping and reality TV bingeing. Soon Lexi begins to fixate on the reality show Socialites and quickly develops a dangerous obsession with its star, Magnolia Artois, and will do anything it takes to befriend her.

But there’s a hiccup in her plan. Someone has been watching her. And soon they begin leaving threatening clues which mirror her own bad behavior. Is one of her exes out for revenge, or could a detective be on to her? Or perhaps it’s Magnolia Artois turning the tables? Will Lexi be able to outsmart her stalker, or has she finally met her match?

Goldberg’s expert use of the first person to tell Lexi’s story makes her exceedingly relatable, despite her obvious psychological dysfunction. She is drawn wholly human and complicated, with voyuer-like access to her inner thoughts, such as when, after several sobbing sessions, Lexi finds herself glued to the couch and TV for 10 hours, with a hungry cat swirling around her legs, used tissues strewn about and still in days’ old PJs. Yes, she’s deeply troubled and misguided. But any reader with a pulse will empathize and root for her. A tautly-written plot and smart characterization will keep readers on the edge of their seats until the very last paragraph.

Mr. Simpson and Other Short Stories, a Deliciously Ruthless Collection by Stephen Maitland-Lewis
The Moscow Affair, a High-Stakes Murder Mystery by Nancy Boyarsky