The Bottom Line: A small-town psychological thriller with a big-time payoff. This stunning debut novel is a must-read for Gillian Flynn fans. 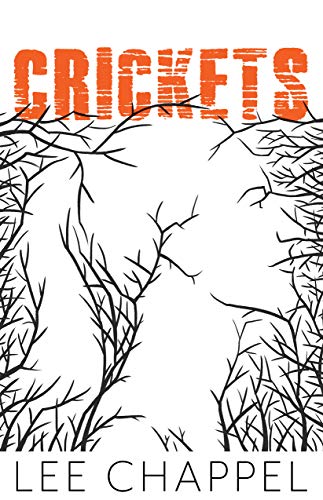 “Mine’s one of those stories that can’t be true,” says Kara Peterson in the first chapter of Crickets. Kara, the daughter of Paige, Ohio’s former Sheriff, accused Dalton Rolenfeld of rape a decade earlier. Her father’s sudden death has brought her back to Paige, where Rolenfeld is running for one of Ohio’s senate seats.

As long-buried memories of her rape come back to her, she’s particularly struck by the sound of crickets in December, which, to her own admission, sounds “crazy.” When meeting with detective Samantha Ellis to introduce new evidence, she decides not to mention it.

Author Lee Chappel reveals Kara’s story gradually through a series of haunting memories and interactions told in alternating points of view. Chappel creates a world in which everyone seems to know each other, but no one can quite be trusted. That goes double for certain members of local law enforcement, who imply that Kara may have made the whole thing up. Additional suspense comes from the fact that Kara doesn’t quite trust her own recollections either, although she’s learning to go with her gut instinct.

Is Kara trying to sabotage Rolenfeld’s Senate campaign? Is Rolenfeld trying to frighten her away? Or is there some other dark operator at work?

It’s hard to believe that this chilling, tautly-crafted novel is Chappel’s first. While she draws new detective Sam to perfection, she also deftly positions Kara as an amateur, if somewhat unreliable, sleuth. The interplay between the two is highly satisfying. Crickets is mesmerizing from the get-go, even as it deliberately holds back key details, only to unleash them like lightning strikes at key points in the narrative en route to an explosive climax. Crickets deserves to go straight to the top of readers’ reading list.