David Baldacci has launched many series in his storied career, and it’s too soon to say how his Aloysius Archer series will stack up. But based on the first entry, One Good Deed, it could shape up to be one of his best. 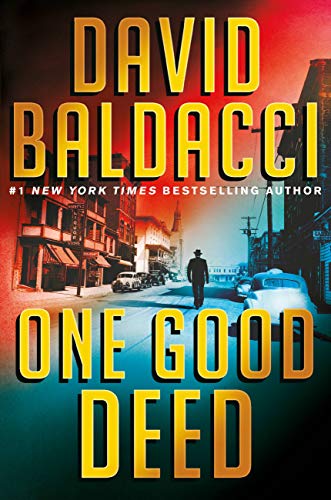 The new series is set in 1949. When war veteran Aloysius Archer is released from Carderock Prison, he is sent to Poca City on parole with a short list of do’s and a much longer list of don’ts: do report regularly to his parole officer, don’t go to bars, certainly don’t drink alcohol, and don’t ever associate with loose women.

Poca City proves to be perhaps more dangerous than anything Archer has experienced in jail or in the war. As he begins his job hunt, he find something suited to an ex-con: collecting a personal debt. The job won’t be easy.

Archer is soon fingered for a murder, and it’s up to him to find the real killer – or risk going right back to jail.

While One Good Deed may not feature the highest stakes of any Baldacci novel, the characterization makes up for it, and every plot twists feels utterly critical. A very solid effort that should be required reading for any Baldacci fan. Get in on the ground floor for what should be a very compelling journey.

What You Did, an Engaging Psychological Thriller by Claire McGowan
Run Away, One of Harlan Coben’s Best Crime Thrillers