The Bottom Line: Everything hard-boiled crime should be: unsentimental, sexy, gritty and hilarious. A terrific update to a timeless genre. 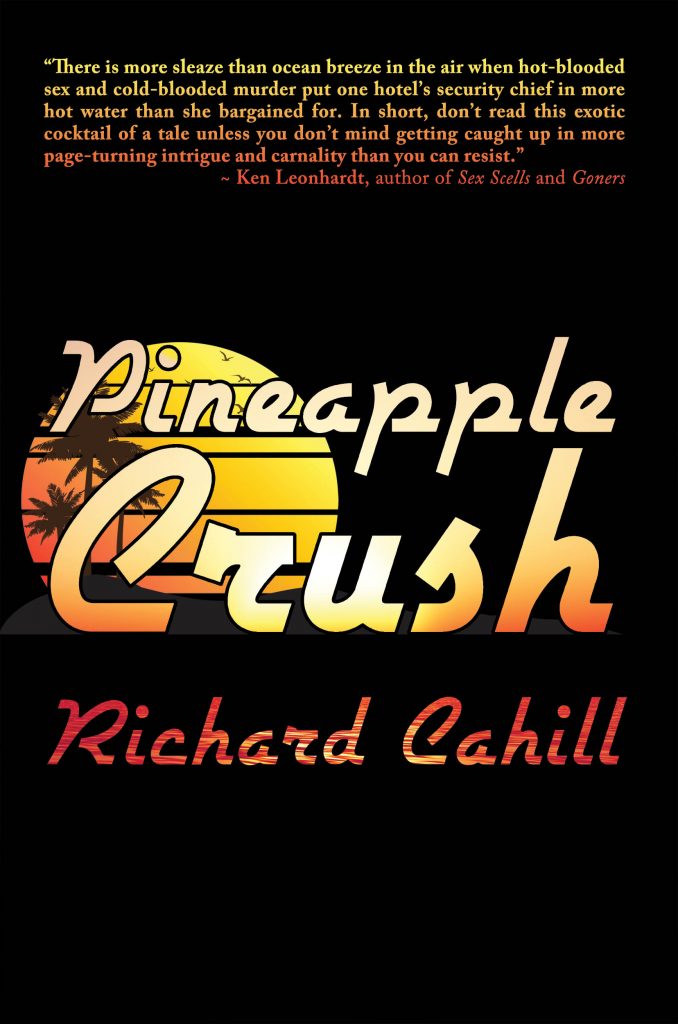 When a murder victim is dumped at a Honolulu hotel, head of security Artie Harper finds herself and her underling fingered for the crime. Harper, a disgraced former LAPD detective and still-single Mom, is as clever as she is spicy. When the investigating Detective Ma threatens her with leaking the story to a reporter, Artie shrugs it off with one of many priceless one-liners: “One thing about most of your business coming from an average of five thousand miles away, it takes a lot of bad publicity to really screw up your market share.”

Soon, the case attracts the attention of the feds. Enter tall brunette beauty Katie Kyler (Artie’s appraisal: “A lipstick lesbian – my favorite kind”). The sexual tension between the two women is easily one of the book’s best attributes. In a genre where the protagonists are almost always men, and the women are often the prime suspects, the pairing is a stroke of genius.

On its own merits, Cahill’s whodunit would be gripping with any cast of characters. In addition, the hotel itself – a second-rate chain that consciously keeps its bar drink prices lower than that of the local Sheraton – is a terrific setting. But Artie’s insecurities are what make the book truly memorable. In a profession where most retired cops move to the private sector to make the big bucks, Artie is clearly a woman whose transition to civilian life has been fraught with indignity. But that just makes her try all that much harder, and the result is a character you can’t help but root for. Highly recommended.