The Bottom Line: Impossible to put down. This riveting mystery about the greatest of all mysteries is an unexpected treasure. 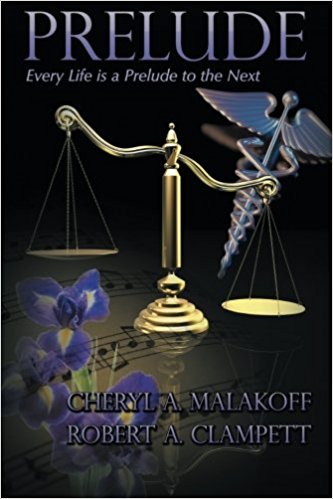 Death pays all debts, or so William Shakespeare had thought. Prelude, the formidable novel by Cheryl A. Malakoff and Robert A. Clampett, calls the finality of death into question by putting the notion of reincarnation on trial. Thankfully, it manages to do so in the most entertaining way possible.

The novel opens on psychologist Carol Klein, a freshly minted Ph.D. During her very first day in the university’s Department of Behavioral Medicine, she leads a patient, Susan, into hypnosis. To her utter shock, the session quickly spirals out of control as the patient is immersed in a traumatic past life experience, complete with a foreign accent and blood curdling screams. After several tense moments, she eventually brings “Susan” back to reality. In one of the book’s many lighthearted moments, Carol manages to act as if she had seen such episodes a thousand times before: “You did great for a first session,” she tells her awestruck patient. “Really. Great. I’d like you to make another appointment with Elaine on your way out.”

As you might have guessed, the experience provokes Carol to investigate past life research, and eventually, her own spiritual history. She eventually discovers long-deceased fictional songwriter and activist Iris Middleton Paulson, who wrote the song for which the novel is eponymously named.

Meanwhile, Iris’ descendants are battling over a sizable unclaimed inheritance. Told from alternating perspectives, the ensuing story is an epic referendum on death that defies easy categorization (let’s call it a legal thriller with metaphysical overtones). In the end, Prelude is, above all, unlike any book you’ve ever read.