The Bottom Line: A witty whodunnit that fans of Janet Evanovich will love. 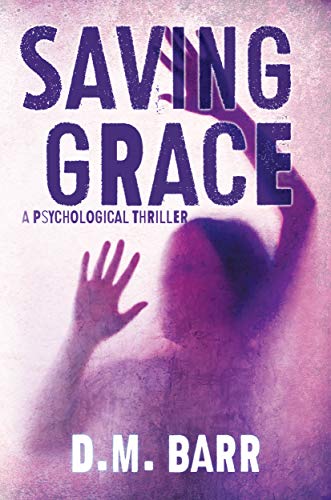 Saving Grace opens with a bang as hacker Joe “Hack” Hackford is on the phone with his sister, novelist Lynn Andrews. Both are mixed up in a wacky extortion scheme with paranoid heiress Grace Pierrepoint Rendell, who has recently gone off a cocktail of strong psychotropic medication. During a critical point in the operation, Lynn puts Joe on hold when she suspects that someone has broken into her home. Within the hour, Joe, Grace and three cats find themselves hovering over Lynn’s lifeless body.

D.M. Barr’s twisty whodunnit flashes back several months, detailing the complex series of events that led up to the tragedy. Having decided to quit her meds, Grace passes off the withdrawal symptoms – nausea, tremors, sweating – to a bad case of the flu. She’s also hiding the truth from her psychiatrist, Dr. Leighmann, who proves to be one of the book’s most surprising and enjoyable characters.

Barr never lets the book’s tone get too serious as we ride along with Grace, who grows certain that her husband will murder her to get her inheritance. Fans of unreliable narrators will fall in love with Grace, as the line between reality and imagination is constantly put into question. Grace decides to write a novel which will expose her husband’s scheme and ensure that every reviewer, reporter and police precinct in New Jersey received a copy.

While the plot is deliberately over the top, readers will be invested from the get-go through masterfully paced action, crackling dialogue and injections of suspense and levity in all the right places.