The Bottom Line: An escapist, globetrotting crime thriller that is as fun as it is sophisticated. 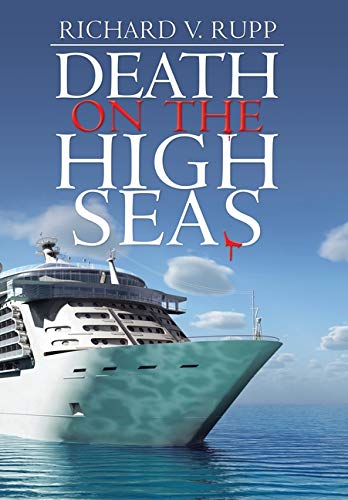 When FBI special agent Dick Hartmann accepts the offer of a free Caribbean cruise, he seems to understand that in crime fiction, there are no real vacations for criminal investigators. Upon boarding the ship, he pays a courtesy call to the captain to let him know that he and fellow FBI agent Coleen are aboard and armed. Soon, he reveals that he has already reviewed the ship’s guest list, and that there are at least 12 passengers who have outstanding warrants in the U.S. Among them is Juanita Ramirez, the daughter of a Mexican drug lord.

Before long, a passenger is beheaded in his cabin. The victim is the chief finance officer for a company with direct ties to the president of the United States. As Dick and Coleeen assume jurisdiction over the investigation, he knows that nobody is safe, least of all them.

Author Richard V. Rupp’s long-awaited follow-up to the excellent Death and Taxes is a tightly-woven crime thriller with international flair. Rupp’s understanding of U.S. tax loopholes sets the stage for a sophisticated and intelligent caper, including illicit offshore corporations, tax havens and the IRS’ “dirty dozen” of illegal tax scams. In Rupp’s capable hands, readers will relish puzzling together the connection between restaurants, racehorses and murder.

With most of the action taking place in Europe and on the high seas, Rupp’s timing couldn’t be better. Quarantined readers starved for travel and human interaction will no doubt feel nostalgic as they live vicariously through Dick’s adventure. Even his romantic relationship with subordinate agent Coleen, which could kill his career, feels like it’s from a better world.

While there’s significant continuity between this novel and Death and Taxes, Death on the High Seas stand on its own as a perfect entry point for new fans.