The Bottom Line: A stylish, fierce, globetrotting crime thriller that fans of Janelle Brown and Kimberly McCreight will fall for. 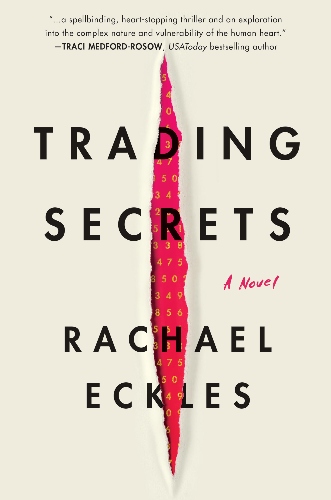 Finance executive Celeste Donovan can have most anyone and anything she wants within reason. But behind the facade lies a history of domestic abuse, financial crime and a trail of anonymous lovers. A war with sadistic ex-boyfriend Omar resulted in a miscarriage and a sabotaged business venture, but she exacted vengeance with a scheme that cost him a billion dollars and access to New York itself.

Years after giving up on love entirely, a glimmer of hope presents itself when Celeste’s business partner, Savin, sets her up with longtime friend Theodore. He’s shockingly attractive, witty and at least as well-traveled and cultured as Celeste. He’s also a man of mystery. When asked what business he’s in, he tells her he’s a “modern-day Robin Hood.”

But when Theodore dies in a plane crash, Celeste suspects Omar, who has returned to the city. At this point in the novel, Author Rachael Eckles has set the stage for an epic battle between the two former lovers. Having brilliantly detailed the outsized physical, financial and emotional wreckage that defined their prior relationship, expectations for what comes next makes Trading Secrets an absolute page turner.

Eckles’s prose is crisp, her dialogue crackling, witty and withering. Her nearly constant use of brand names – Jimmy Choo, Max Mara, Louboutin and dozens of others – will surely date the book in time, but will also delight those with a Vogue subscription. In Celeste, Eckles has created a fascinating and highly memorable character. Sure, she’s a dysfunctional powerhouse, largely despised by other women, who has surrounded herself with morally ambiguous men. But when pitted against the diabolical Omar, it’s impossible not to root for her.

Saving Grace, a Witty Whodunnit by D.M. Barr
The Brains of the Operation, a Highly Recommended Prison Thriller