The Bottom Line: The Road meets Divergence in this compelling and brutal dystopian tale of survival. 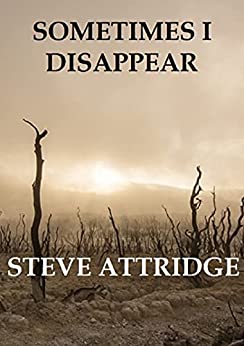 In a world of vanquished and crushed souls reeling from devastating viral outbreaks, Alison is doing her best to navigate an existence that has seen the brutal destruction of her husband and daughter as well as most animals, save for a few wild dogs.

On the devastated Norfolk coast where Alison lives with her ailing father, life has been reduced to primitive bartering. Bugs and insects are now main sources of food, save for an occasional drop of old canned goods from The Protectors — brutal government enforcers tasked with keeping the population under control in a barren, violent world where even family members will sell one another out for the promise of food.

Her only relief? Disappearing into an altered state where she can at times, seemingly, effect action. But where does she go? Is it all in her head? Is she being controlled?

What Alison does know, however, is that she has to help her father. And she is convinced that if there is  such a thing as life in a post-viral world she will find it in Arcadia, a gleaming spot of civilization on the Mediterranean that she has seen advertised on TV. But getting there means a treacherous journey to the capital of Dorado where her quest for truth will quickly become a desperate bid for survival.

Told from Alison’s point of view, author Steve Attridge has created a tough-as-nails heroine with strong family values that readers will want to spend time with. The vivid violence in her everyday existence drives the book’s urgency. As challenged as she is by the world around her, she’s also strengthened by self-reflection, and her inner dialogue is filled with memorable, telling glimpses into her unflinching outlook (“When we all looked in the mirror there was only ourselves to blame. No god to spit fire at. Just us in the undoing of ourselves”).

Fans of Divergence will welcome this mashup of dystopian drama mixed with a post-viral world, particularly those readers who relish soaking up an extensive glossary of new terms to describe a strange new universe. But in tone and plot, there’s a brutality and baseline survivalism present that is more reminiscent of Cormac McCarthy’s The Road. The combination of the likable Alison and the notably hardscrabble environment is a winning combination. Attridge’s world may seem initially disorienting and even jarring, but all becomes clear en route to a highly satisfying read.

Prideful Vengeance, a Satisfying Thriller about Murder, Fashion and Romance
Tangled Lies, One of the Year’s Best Romantic Suspense Thrillers