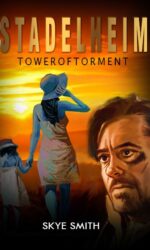 The Bottom Line: A highly original thriller featuring one of the creepiest neo-Nazis in contemporary literature. Recommended for fans of serial killer thrillers and contemporary horror. Set in the early 1990s, Skye Smith’s debut novel tells the story of a wealthy neo-Nazi predator named Dale and the twisted obsessions that threaten a group of unsuspecting […]