The Bottom Line: A highly original thriller featuring one of the creepiest neo-Nazis in contemporary literature. Recommended for fans of serial killer thrillers and contemporary horror. 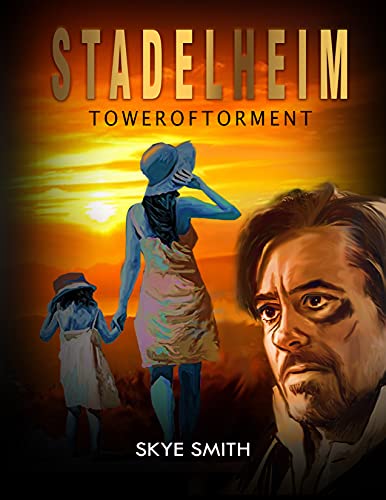 Set in the early 1990s, Skye Smith’s debut novel tells the story of a wealthy neo-Nazi predator named Dale and the twisted obsessions that threaten a group of unsuspecting Minneapolis residents. The book’s title is a reference to Stadleheim, a German prison where over 1000 prisoners were executed during the Nazi regime.

Born three years after Hitler’s death, Dale was raised by his Nazi mother to feel a kinship with the long-dead dictator. In particular, he’s obsessed with Hitler’s arrest and subsequent assassination of his paramilitary chief Ernst Röhm in 1933. This leads to a wide range of fantasies and engagements with characters both living and dead across multiple timelines. When it comes to Dale, fans of Hitchcock’s Psycho will appreciate how Smith has taken the Norman Bates character archetype and evolved it into something completely new.

Dale is also obsessed with Lars, whom Dale first set eyes on in 1978 when he was a 25-year-old stud with classic Aryan features. Dale has plans for Lars and his 14-year-old niece, the least of which is converting Lars into a bridge player. And Lars is especially vulnerable, given that his ex-girlfriend, who lived with him for nine years, is now renting his basement, and his current girlfriend is having an affair. What’s more, trouble seems to follow him, such as when the police show up because someone left a mannequin arm on his woodpile.
Smith breaks the horror genre mold by juggling a huge cast of characters, many of whom are potentially at risk in one way or another. In Smith’s well-drawn community of people struggling for happiness, the myth of the traditional American family is largely absent, adding a dose of reality and urgency while a monster lurks among them.

As the book reaches conclusion, the blend of Lars’ realism and Dale’s nightmare-like existence renders the climax both surprising and explosive.