The Bottom Line: This gritty, masterfully crafted thriller about one man’s quest to survive incarceration is a worthy addition to the canon of great prison novels. 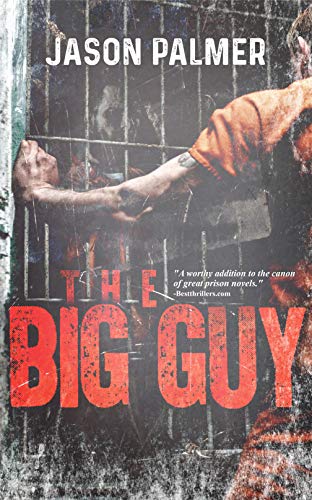 Seamax prison inmate Percy Croft has kept his nose clean while serving nearly four years of a five-year sentence. He’s got a cushy job in the prison’s furniture factory, and he’s a massive, hulking figure that commands respect from his fellow inmates. And yet, in the home stretch of his countdown toward freedom, he fantasizes about escape.

Why? One word: Rook.

As tough as Croft is, he fears the day, three weeks from now, when rival inmate Rook gets out of the hole. Among the weapons Croft muses won’t stop Rook: a rat tail (books twisted into a sheet); soap, batteries, or padlocks in a sock. Only a ten-pound wrench or a barbell would put Rook down.

Author Jason Palmer’s fictional Seamax prison is a fully immersive world that feels every bit as distinctive as George R.R. Martin’s Game of Thrones, with a language, social hierarchy and culture unlike anything you’ve ever read. Muscle-bound giants like Croft and Rook are “castles,” and normal men are “decks,” although each castle has his own “deck” consisting of loyal decks. Castles spend much of their time lifting weights, but are injected with drugs to keep them from getting so big that guards can’t control them. Meanwhile, Seamax inmates have an accent called Yard, and fellow inmates have kitschy names like Bread, Grendel and Popeye.

Told from Croft’s point of view, his controlled fear is palpable enough to make even Palmer’s hulking convict sympathetic. Like a sci-fi novel, the opening chapters are blissfully disorienting as we are gradually exposed to the brutal reality of life in Seamax prison. The era is unclear. There are no computers or mobile phones, but fleeting mentions of a U.S. flag and a miniaturized TV set the likely timeline as 1970s America. In the end, the fact that we don’t know only adds to the experience. It’s impossible to put The Big Guy down, and the only thing separating it from the great prison stories like Norman Mailer’s The Executioner’s Song or Stephen King’s Shawshank Redemption is the cliffhanger ending.

Fortunately, The Big Guy is book one of a two-book series, so there’s more to come.