The Bottom Line:  A frothy thriller set on the Southern California coast that will leave you gasping for air as it dives into the terrifying underworld of sex trafficking. 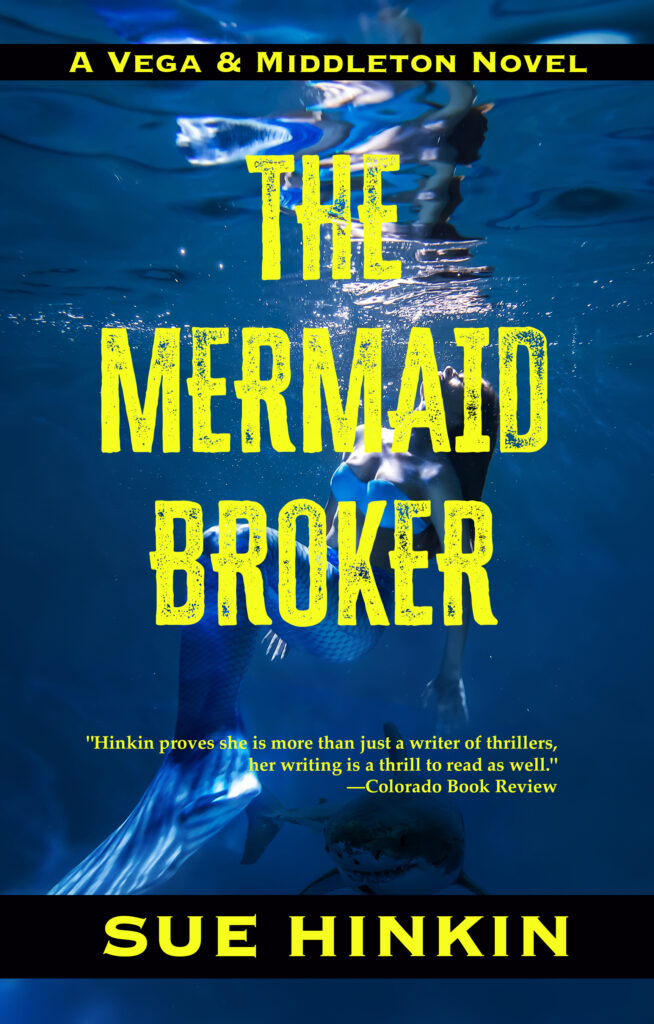 Marine biology teacher Isabelle Abbot thought she was setting out on a fun-filled diving trip to the Channel Islands. Instead, it turned into a fear-filled nightmare when she awoke to find that she had been drugged, abducted and being held prisoner in an underground aquarium complex that was once operated by the military for marine mammal research.

She soon discovers that she is now the specimen, along with a group of terrified young women who have been trafficked to become “mermaids” for high-paying customers of an international sex tourism ring being run out of Southern California.

Worst of all, Isabelle learns that in an effort to eliminate her, she will be tossed into the aquarium tank for customers to delight in a sick snuff finale where a deadly menagerie of razor-toothed predators — including Piscum Auratus, a genetically engineered gold shark the size of an SUV — hungrily await their prey.

Meanwhile, tenacious network reporter Bea Middleton is under pressure to uncover the next big human trafficking story for the news outlet. Her news photographer, and savvy sidekick, Lucy Vega, has just gotten wind of some chatter on the Dark Web, picked up by one of their informants and it’s not long before they find themselves wading through the treacherous flotsam and jetsam of one of the most insidious human trafficking rings they’ve ever seen.

Can they stop the insanity before Isabelle and the other women become chum for this evil ring of predators? The duo team with Ventura Detective Macintosh Wu in a desperate effort to stop this heinous organization.

Longtime fans of Hinkin’s Bea and Vega series will be thrilled to be along for the ride in this fourth installment which takes a deep dive into the terrifying underworld of sex trafficking, where rape, murder and torture are menu items for depraved customers. But the key to this thriller is that Hinkin brings this dark underbelly to light in the backdrop of sunny Southern California, illuminating crimes that take place under our noses and in the light of day.

And if you haven’t read the others in the series, never fear: Hinkin’s deft storytelling will suck you in faster than a Malibu riptide and leave readers gasping for breath from the first page. Her prose is tight, the pacing is heart quickening and the plot is inventive. But it’s really the pairing and friendship of Bea and Vega that will leave you waiting for a fifth installment.