The Bottom Line: A hard-hitting medical thriller with a heart. 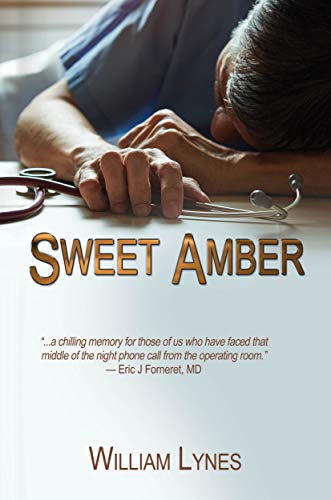 On New Year’s Eve, forty-three-year-old surgeon Dr. Lee W. Hickock is awakened by an urgent call for medical assistance. He had been drinking Jim Beam in his office before falling asleep, and he has another swallow before he heads to the operating room.

While the surgery seemingly goes off without a hitch, he learns afterward that his patient was the governor of Texas.

On his way home, he stops in his office to take what’s left of the bourbon. Minutes later, he’s pulled over by a police officer for a broken taillight. The officer spots the open bottle in the car.

Hickok fails a sobriety test and blows a blood alcohol level of 0.18.

His life will never be the same again, but the DWI is only the beginning of his troubles. The governor’s untimely death triggers an investigation into whether Hickock may be to blame.

William Lynes, MD, author of the profound A Surgeon’s Knot, has created an uncommonly gripping novel that is equal parts human drama, police procedural and medical thriller. In the book, “amber” has two meanings, serving as both the description of the whiskey he adores and the first name of his ex-wife.

The specificity with which Lynes details the surgery, autopsy and investigation are enough to create an absolutely riveting read. So too is the behind-the-scenes hospital drama. But Hickok’s journey from functional alcoholic to rock bottom and the road ahead is truly high-impact.

The moment when Hickock, who has never allowed himself to think much about his drinking, describes just how much he puts away, is heartbreaking.