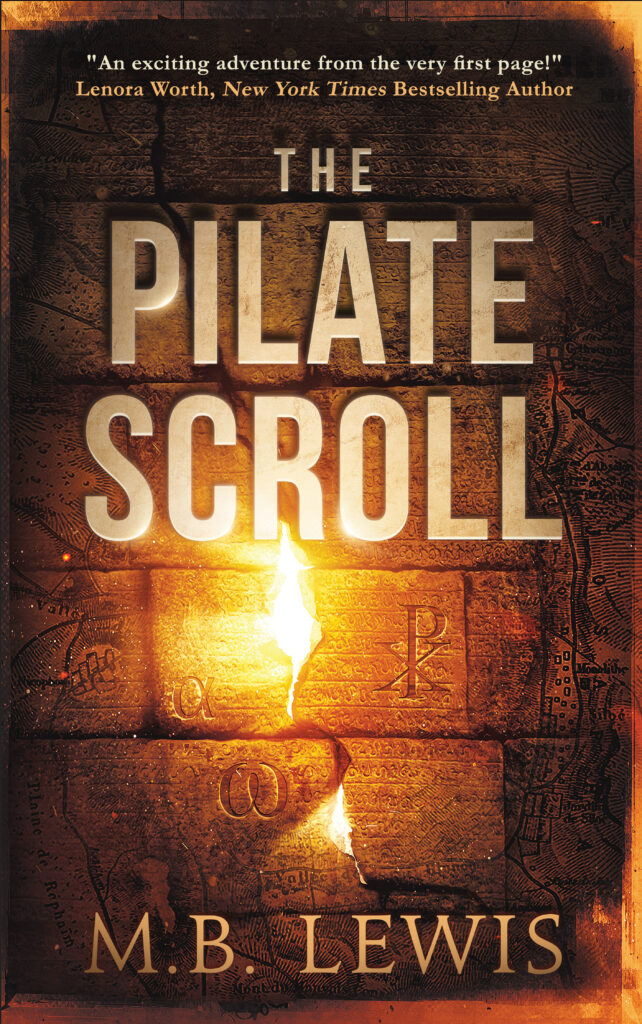 Kadie Jenkins thought she was in Egypt to help the Global Disease Initiative (GDI) find a cure for an ancient virus. Fluent in Latin, Greek and Aramaic, an ancient language of the Middle East and biblical texts, Kadie was handpicked for the job after the GDI had been contracted by the CIA when the agency learned that ISIS weaponized the hantavirus in aerosol form and planned to unleash it across the West.

But her enthrallment at the assignment soon turns to horror. Kadie and her brother Brian, a young man with Down syndrome, find themselves running for their lives when Kadie witnesses the shocking murder of a colleague — the same one who, hours before, made a cryptic call to her to tell her that he discovered what they are really searching for. Shocked, confused and in grave danger, the duo is suddenly thrust into uncovering a plot to steal an ancient relic that could change the course of history.

The imagery of the bustling souk market in Egypt lures you into the story quickly with images of vendors hawking their wares and warm freshly baked flatbreads you can almost smell. But you won’t be lingering there for long because the intense action pulls you out of the ancient alleyways and right into a fast-paced, modern-day Christian thriller soon after.

Indiana Jones fans will be delighted to happen upon some familiar action tropes — from sliding down mahogany banisters to chases in the market complete with jumping over vendor carts to grabbing an iron skillet to whack a n’er do well villain in the head.

But for all the fun and bustling action, The Pilate Scroll not only has a nuanced, irresistible character at its helm, but also a beautiful relationship between Kadie and her brother that reveals a  poignant exploration of the power of faith to move mountains, part seas and, sometimes, even save us from ourselves.