The Bottom Line: A must-read psychological thriller for fans of Have You Seen Me? and The Girl on the Train. 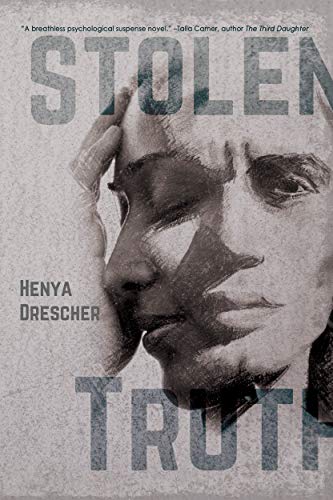 In a novel that brilliantly plays on the frailty of the human mind and sanity itself, new mother Bree Michaelson wakes feeling disoriented and drugged, similar to the way she felt when she was date raped in college. She soon realizes that her husband Todd, infant son Noah and midwife Connie are gone without a trace. Except for a sock that could only fit a baby, there is no physical evidence that they even existed.

With not even a birth certificate or photos, the police do nothing. Her aunt Rachelle and sister Margaret have no knowledge that Bree was either married nor pregnant. They suspect that Bree, who had to check into a psychiatric facility years earlier, is delusional.

Convinced that Connie and Todd abducted Noah, she tells her aunt that she’s heading out to see her doctor. Instead she sets out for Handrock, a tiny town on the border between New York state and Canada. What lies before her is a terrifying adventure in which her faith in her own sanity will be tested over and over again.

Bree is a highly unreliable narrator. However, in an era where it seems that everything is automatically documented and digitized, Drescher reveals the life of a marginalized woman who is, in the most believable sense, truly vulnerable and disconnected. Drescher’s clever setup – from the anonymous dating website, the home birth and other carefully curated details – leaves open the possibility that Bree may actually be the victim of an ingenious crime. Through immaculately crafted chapters written from Bree’s anxious point of view, Readers will find themselves staying up after hours to discover the truth.