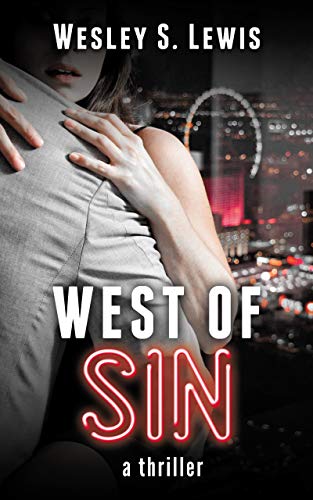 When desperate commercial real estate agent Jennifer Williams stumbles into a robbery at a truck stop an hour outside of Vegas, her odds of survival don’t look good. The most menacing of the three thieves reveals his colleagues’ name right in front of her, and a glimpse of her designer panties is enough to distract him from the robbery itself. Just as Jennifer seems destined to be raped and murdered, she is miraculously saved by intrepid local shooting instructor Matt Crocker, who guns down all three men.

But the three bodies left in the wake of the shooting are far from the end of Jennifer’s worries. She soon learns that the thieves were likely employed by Vladimir Dudka, a sleazy Russian mobster with ties to narcotics, sex trafficking and murder. Crocker fears that they might come after Jennifer next, and hides her in a brothel. When one of Jennifer’s colleagues turns up dead, Crocker knows that his worst fears have come true.

Debut novelist Wesley S. Lewis’ gritty thriller starts fast and never lets up. The main timeline, featuring Jennifer and Crocker’s battle with the Russian mob, is an explosive adventure that pays off repeatedly with nail-biting scenes that often manage to surprise.

West of Sin’s backstory, detailing the dynamics of Jennifer’s love quadrangle with her boss, his soon-to-be-ex-wife and a co-worker, is titillating, but mainly serves to further establish Vegas as the epicenter of moral decay, culminating in a boozy real estate conference where broken dreams are born.

Heroine Jennifer may occupy slightly more of the book’s literary real estate, but the real star of Lewis’ novel is Crocker. As a heralded firearms expert who trains everyone from Boy Scouts to SWAT teams, Crocker is a rare original character in the thriller landscape, and a welcome departure from the private detective or ex-FBI hero archetype. The fact that Crocker has zero legal authority forces him into situations where he must rely on his wily personality, street smarts and vast personal network. That makes for fun reading and creates some truly memorable moments with the chips are down. Let’s hope that Lewis has more plans for Crocker in subsequent books.