The Bottom Line: A cult, a double-homicide and a decidedly dark tone add up to a satisfying thriller you can finish on a coast-to-coast flight. 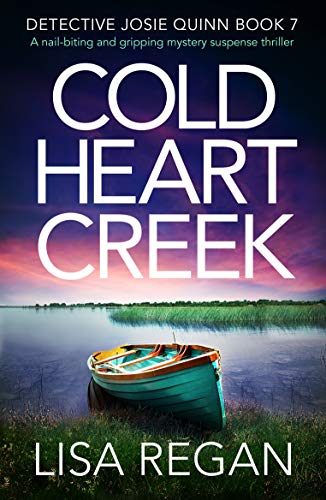 When a park ranger stumbles across the bodies of Valerie and Tyler Yates by a creek in the small town of Denton, Detective Josie Quinn is first on the scene.

Still reeling from the news that her abusive mother is dying, Josie suspects this is more than just accidental poisoning, and she’s right: someone jammed a crudely carved pendant necklace down Valerie’s throat before she died.

Combing the area, Josie’s team discover a third sleeping bag indicating there could have been an extra guest around the fire that night. A lucky escape? A missing victim? Or a suspect on the run? Finding this person is the key to the entire investigation…

Trawling the couple’s photo albums for clues, Josie can’t imagine why anyone might want to harm these smiling, carefree young lovers. Until a face in one of the pictures stops her in her tracks and leads her to a farmhouse hidden deep within the forest – a special place where people go to escape, and to hide. There they meet a young girl with frightened eyes and bandaged wrists who knows more than she is saying. But the next day she’s found dead, choked with a matching necklace…

With her mother’s life hanging by a thread, Josie has an impossible decision to make. But first she must find the meaning of the pendant and catch this twisted killer before another innocent life is taken. Is she already too late?

While this may be the series’ 7th installment, newcomers won’t have any problem jumping right in. As protagonists go, Josie isn’t particularly deep or complicated, and the investigator’s personal life with her live-in boyfriend is fairly disposable. Author Lisa Regan really shines as a deft constructor of taut whodunnits, and this book is bound to satisfy most crime thriller fans.