By BestThrillers Staff on June 19, 2017 in New Book Releases

The Bottom Line: This terrific little book could have been written in 2017 or 1947. Brilliantly read by Heather Wilds, fans of Call the Midwife will love Wives of War. 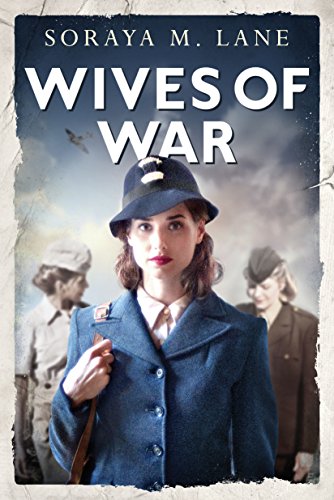 London, 1944. Two young nurses meet at a train station with a common purpose: to join the war effort. Scarlet longs for the chance to find her missing fiancé, Thomas, and to prove to her family—and to herself—that she’s stronger than everybody thinks.

Nursing is in Ellie’s blood, but her humble background is vastly different from Scarlet’s privileged upbringing.

Though Ellie puts on a brave face, she’s just as nervous as Scarlet about what awaits them in France.

Scarlet and Ellie are in awe of her courage and competence, but the experienced nurse is well aware of the dangers of the job they’ve chosen—and even she is terrified they won’t make it home alive.

Pushed to their limits by the brutality of a world at war, Scarlet, Ellie and Lucy will need to rely on each other—and the power of their friendship—to survive.

Remember to Recycle, a Whip-Smart Psychological Thriller by Tantra Bensko
The Veritas Deception, a Conspiracy Thriller by Lynne Constantine