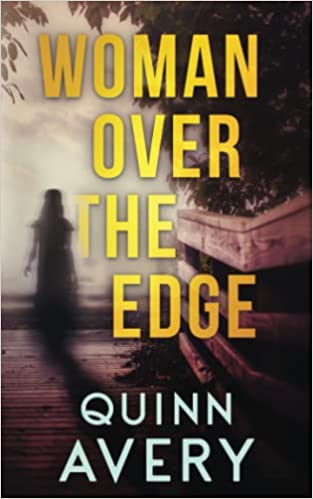 Each summer, high school sisters Bella and Mia Hughes work in their family’s lakeside resort in Minnesota. After hours, they spend their time hanging out with a close circle of friends and flirting with boys on the lake. But their idyllic summer existence comes to an abrupt end when a boating accident hurls the sisters and their friends into the rocky shoreline. All abroad are hurled into relative safety. But when Mia regains consciousness, there’s no trace of Bella.

Except Bella’s blood, that is. And it’s all over Mia’s hands.

In author Avery Quinn’s hands, the Lake Shetek area is itself a character more than a locale. The population is just small enough that everyone knows each others’ business, and yet there are enough seasonal and occasional visitors to Shady Oaks that the list of potential suspects – and future victims – seems endless. Quinn also gives the resort a kind of cosmic gravitational power, in its seemingly magical ability to lure a core group of friends and lovers back repeatedly, even if it destroys them a little bit more each time they return.

In terms of timeline, what becomes a hunt for a serial killer is a long one, with murders strung out over decades. The payoff comes repeatedly, as nobody – least of all pillars of the community – can seemingly be ruled out as suspects.  Along the way, Quinn ensures that relationship drama remains high, and the interpersonal attractions remain steamy. As such, Quinn does her best writing in the scenes between Mia and Ben. Even the quiet, tender moments crackle like a bed of coals about to burst into flame. Overall, fans of Big Little Lies will love Avery’s exploration of friendship, love, betrayal and murder among old friends.