The Bottom Line: A new direction from John Le Carre that holds a dark mirror to global nationalist politics. 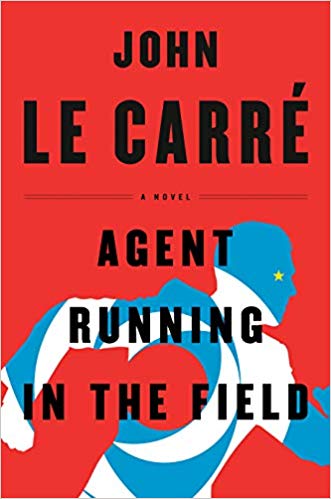 Legendary spy novelist John Le Carre has significantly broadened his audience over the past decade as bestsellers like The Night Manager and Tinker, Tailor, Soldier, Spy have hit big and small screens everywhere to vast critical and commercial success. Le Carre’s latest book, while brilliant, will test audiences with its bitter, politically polarizing narrator.

Sensing a growing threat from Moscow, Britain’s Secret Intelligence Service taps Nat, a 47 year-old career agent runner, with one last job. He’s to take over The Haven, a defunct substation of London General with a rag-tag band of spies. The only bright light on the team is young Florence, who has her eye on Russia Department and a Ukrainian oligarch with a finger in the Russia pie.

But espionage isn’t Nat’s only passion. He also loves badminton. His partner, Ed, is vehemently opposed to nationalism. Ed hates Brexit, hates Donald Trump and hates his job. His dissatisfaction is contagious, taking Nat, his wife and co-workers down a decidedly politically-motivated path.

While Le Carre’s latest outing has plenty of delicious spycraft, it’s obviously more politically-driven than any of his other books. Fans who enjoy getting lost in Le Carre’s spy novels may be disappointed, as Le Carre essentially holds a mirror to the world’s contemporary nationalist movements within a wholly believable work of fiction. On the other hand, conspiracy theorists who fear a vast deep state within intelligence agencies that undermines political leadership will find plenty of validation.

The Loss of What We Never Had, a Suspenseful Political Thriller by Carloyn Thorman
Wet Work, a Must-Read Assassination Thriller by Mark A. Hewitt