The Bottom Line: A well-researched, highly stimulating political thriller that deftly explores the consequences of political and religious extremism. 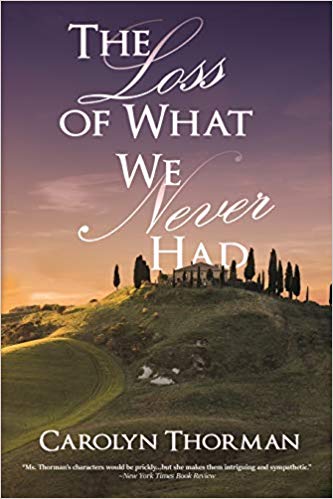 Set in Spain, The Loss of What We Never Had traces the origins of a political group from its humble origins as a nationalist movement to a terrifying terrorist organization.

In the aftermath of an attack on Madrid railway station by Islamic extremists,  Spanish estate agent Zak DeLeon watches in awe as rescuers bravely gather pieces of human flesh, and resolves to do something about the foreign invaders that have inflicted so much carnage. When he brings his ideas to his local Archbishop, the religious leader suggests bringing back the Spanish Inquisition: “We are Spaniards. God’s aristocrats.”

The two men draft by-laws and budget for a group they jokingly call the Knights of Constancia. While they infiltrate parliament and local governments, they also adopt the tactics of the very extremists they abhor.

Zak becomes involved with Paige Glasgow, an American psychiatrist visiting Spain. When Paige discovers the decapitated head of a Muslim woman on the beach, her upstairs neighbor, Casey, suspects the The Knights of Constancia. When Casey tells her that Zak is involved, she doesn’t want to believe him. As her curiosity and suspicions grow, she puts herself increasingly in the center of the centuries-old conflict between Christians and Muslims.

Author Carloyn Thorman’s rich character development shines throughout the novel. Much of the book’s narration is focused on Zak’s journey from patriot to terrorist, while chapters told from Paige’s point of view are written in the first person. The alternating points of view renders both the reader and Zak always a few steps ahead of Paige, who is gradually immersed into a world that is nastier and more complex than she ever imagined. That also makes Paige incredibly sympathetic, and readers will be rooting for her throughout.

The novel is at its most suspenseful when exploring the long conflict between Muslims and Christians through the experiences of Zak’s circle, and the myriad motivations driving each character.

The Best Crime Thriller Books of the Decade (2010-2019)
Agent Running in the Field, a Fascinating Political Thriller by John Le Carre