The Bottom Line: An explosive assassination thriller that is timely, believable and hugely entertaining. A must-read. 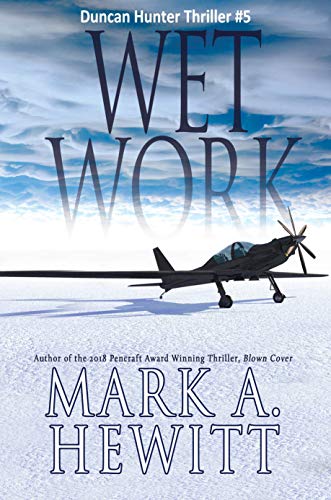 In Mark. A Hewitt’s latest thriller, America finds its democracy threatened by a powerful group of Washington insiders that seek to control the presidency by any means necessary. When the current American president resigns in disgrace and the vice president commits a murder-suicide, Speaker of the House Javier Hernandez is appointed as the Commander in Chief.

But Hernandez’ appointment quickly devolves into controversy. Soon after legitimately taking office, he’s accused of colluding with the Russians, ordering a hit on the ex-president and even sleeping with his own daughter. As he begins running for election, his enemies vow to prevent a second term at any cost.

Meanwhile, a number of political figures are killed or die under mysterious circumstances, including a Democratic National Committee staff member. Neither D.C. police nor the CIA can be trusted to find the perpetrators. Only Duncan Hunter has the access, aircraft and relationships needed to save the president and Democracy itself.

Mark A. Hewitt’s Duncan Hunter series has established itself as a must for thriller fans who are passionate about military air power, and Wet Work does not disappoint (“wet work” is a euphemism for murder or assassination). Hewitt delivers just enough backstory to the opening chapters to make this fifth series entry a perfect starting point for any newcomer. While Hewitt’s creative use of both proven and emerging technologies is as strong as ever, the blend of international and domestic geopolitics into the storyline reaches a series high.

Don’t be fooled by the Vietnam-era propeller plane on the cover — the novel is hardly set in a bygone era. Wet Work is as contemporary as any novel we’ve read this year, and its clever blend of hot button social issues and contemporary technologies inject it with real urgency. Move it to the top of your reading queue.