The Bottom Line: A heady potion of pure magic awaits readers of this modern-day witch tale. 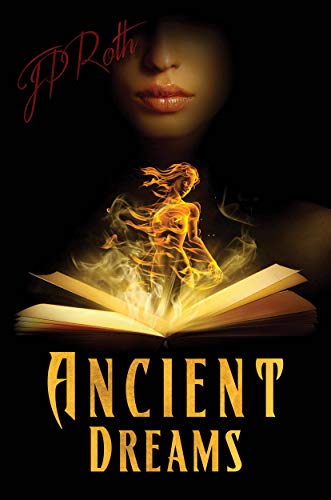 What do you do when you’re the daughter of witches, but all you want is to be normal? Literature student Cara Wynter has inherited the gift of psychometry, a form of extra sensory perception which allows her to touch an object and not only know its provenance, but the experiences of the person to whom the object belonged.

The trouble is that for Cara the ability has felt like anything but a gift — even when she used it to find a missing girl in her hometown of Fairhaven, Washington. In fact, she has become so averse to her power that she wears gloves to dampen her ability, and the only person whom she has let touch her in years is her twin sister, Lily.

But Cara is haunted by much more than her legacy and the discomfort of her abilities. For nearly two weeks, she has been plagued with vivid dreams of her own death that leave her exhausted and bloodied upon awakening. In a desperate attempt to unlock the secrets in her nightmares, Cara finds herself caught between love and the will of the ancient gods. With only the pages of a book to guide her, she must learn to lean into her own abilities and face her past to break a deadly curse.

Fantasy lovers and fans of the Discovery of Witches series by Deborah Harkness will find in Cara Wynter an equally wonderfully female protagonist coming to terms with her own power. But in this tale, it’s not others who seek to protect her from her own magical lineage. Rather, it’s Cara who has spent a lifetime trying to protect herself from them.

In Cara, Roth has created an immediately relatable character you want to root for — even if we don’t share in her extra sensory gift. She also manages to deftly navigate a journey between worlds — from a biker dive bar with a burly owner to ancient Greece — as Cara straddles a gossamer existence between present and a past she never knew existed. At the end of the day, we have to ask if the scariest creatures that haunt us are actually those we conjure from our own fears.