The Bottom Line: A memorable, bone-chilling crime thriller about the making of a serial killer and the intrepid private investigator determined to stop him. 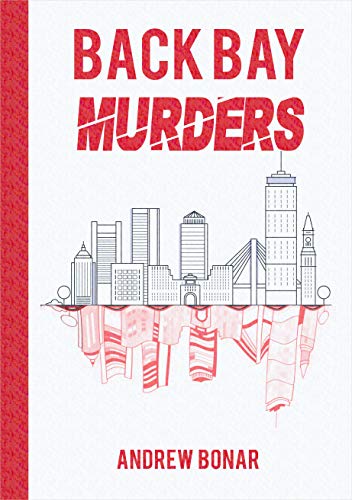 When Boston private investigator Drew Law is hired to look into a suspicious drowning in the Charles River, he can’t find anything conclusive that would indicate murder. Months later, he returns to the morgue to investigate another drowning in the same river. The corpse is missing a fingernail. Did the victim lose it in a struggle to keep afloat, or was there something sinister at work? And there’s something else that catches Drew’s eye: a mystery visitor who came to look at the corpse.

Meanwhile, author Andrew Bonar uses a non-linear timeline to tell the story about the making of a serial killer named Jack. We first see Jack as an older predator who kills a co-conspirator. Bonar uses disorientation as a narrative technique, telling the story from the point of view of one of Jack’s victims. Later, we see how Jack’s father roofied his future wife at a party and later abused her in front of his son. What ensues is a terrifying portrayal of a budding killer.

While Bonar makes his readers do a fair amount of work to make sense of the various timelines, names, aliases and one seriously demented secret organization, his plot is sophisticated, and the prose itself is lush and evocative. Boston is fully realized as a character all its own that you can almost reach out and touch. Back Bay Murders is a searing debut from a promising talent.