The Bottom Line: A jaw-dropping work of contemporary California noir. Fans of James Ellroy will fall hard for Casey Dorman. 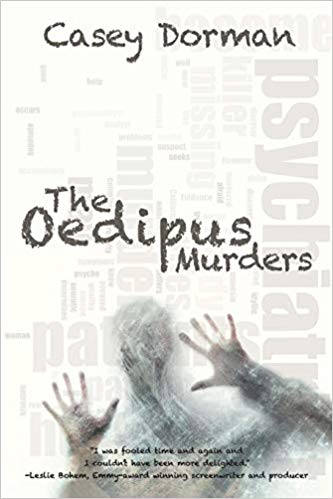 When the daughter of an oil tycoon goes missing in Southern California, he hires legendary private investigator Ben Murphy to find her. At first glance, it doesn’t look good. Murphy learns that blood and hair were found in the backseat of the woman’s car, and she had a volatile relationship with her husband, Lucas. The night she disappeared, she and Lucas had an alcohol-induced fight that prompted her to go drink at a bar.

But as Murphy digs deeper, he finds two more intriguing suspects: Rosberg, a felon with time served for assaulting women, and George, a psychiatrist who suffers from fugue states: periods of time, from minutes to several hours, for which he had no recollection. Adding to his issues, his drinking is getting out of control.

Author Casey Dorman has created a contemporary noir novel chock full of delicious characters. Bully Lucas Bonaventure underestimates Murphy, a legendary crime solver who served as Chief of the Santa Barbara Police Department for 35 years. But Dorman’s greatest creation is George, who violates professional ethics by discussing patients with his wife. For George, there’s no better topic than fellow suspect Lucas, in whom he diagnoses a condition that he dreams of writing about. Every session between the two men is pure magic.

For readers, it all adds up to an extremely satisfying novel that ratchets up the tension with each succeeding chapter, ending in a satisfying twist that few will see coming.