The Bottom Line: A funny, vibrant, high-tech detective novel. One of the year’s best thrillers. 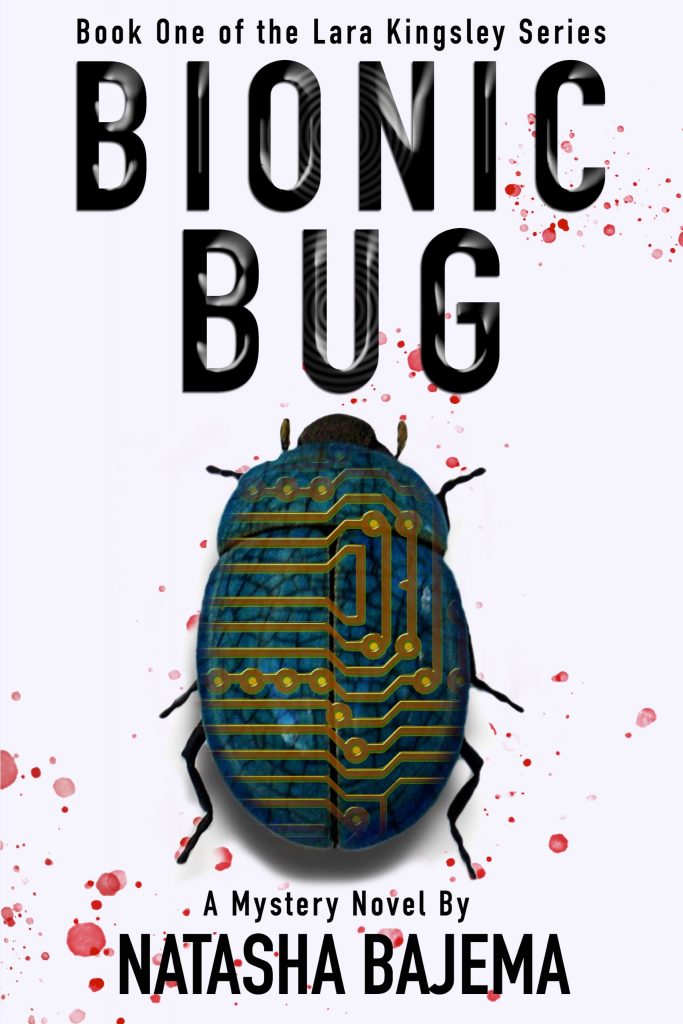 Set nearly a decade in the future, Bionic Bug begins as struggling private investigator Lara Kingsley and her partner and best friend, Sully, are hanging out at their favorite local haunt. Lara notices something odd about his appearance, but he doesn’t want to talk about it. Days later, the pair arrive separately to a Washington Nationals baseball game. Only Lara leaves the game alive.

As Lara begins the investigation into Sully’s death, she learns that the FBI was actually keeping him under surveillance. Her quest to find out what Sully was involved in and who killed him lead her to a world where gene editing is increasingly threatening, the dark web is alive and well, and the stakes for humanity are higher than she ever imagined.

While Natasha Bajema’s twisty plot is well-crafted and filled with plenty of surprises, what sets the novel apart from the crowd is Lara, easily one of the most personable and empathetic characters this year. As a business owner, she’s an utter failure, but not because she isn’t smart. The brilliant surveillance expert has even joined Mensa as an alternative to online dating, and her observations, whether professional or personal, are often effortlessly hilarious. We look forward to riding along as she fights for love and justice in an increasingly frightening world. Readers will want to get in on the ground floor of this vibrant sci-fi detective series.