The Bottom Line: An intergalactic gem guaranteed to please both science fiction and military fiction fans. 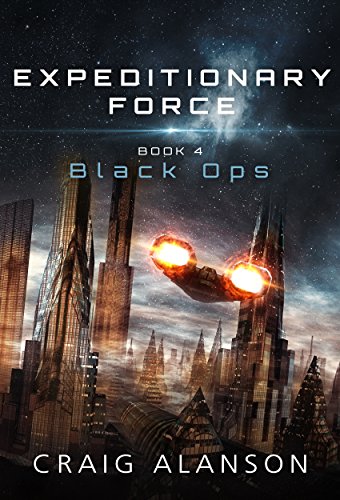 Allison’s bestselling sci-fi series began with Columbus Day, a story about a soldier on leave who gets trapped in the crossfire during an attempted alien invasion. The book checks all the classic genre boxes: earth is in danger, a unified world government is forced to form uneasy alliances, and a handful of charismatic heroes are required to save the day.

Four books later, the series is stronger than ever. In the latest installment, the elite crew of the pirate ship UNS Flying Dutchman has a straightforward mission: determining whether an alien species is sending another starship to Earth. Along the way, they try to secure a future for the UNEF troops on the planet Paradise.

As you might guess, paradise is hardly found, and many space battles ensue in the process. Are there In terms of story, there’s nothing particularly new here or elsewhere in the series, but Alanson is such an expert at recycling old Star Trek/Battlestar Galactica themes that you won’t even care. The story is just plain fun.

The audiobook is expertly performed by R.C. Bray.