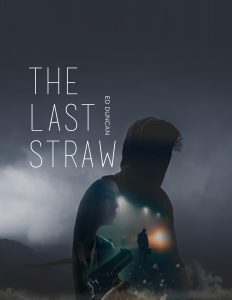 Among mobsters, nobody likes a rat, and teenage girl are no exception. So when sixteen-year-old Chicago native Sandra Yanders agrees to testify against a killer, her life is in immediate jeopardy. It doesn’t take long until an assassin finds her in his rifle scope. As fate would have it, he misses his mark, killing her father instead. What follows is a hugely entertaining alliance to protect the girl and enforce street justice.

Ed Duncan’s second Pigeon-Blood Red series novel is another rock-solid outing, which reads like a dream collaboration between Elmore Leonard and Dennis Lehane. Like every great noir, the gold is found not in the plot, but in in the atmosphere. Take The Five Aces for example, a fictional private men’s club in a storefront on Chicago’s northwest side. It’s the kind of place packed with ex-cons who gather to drink, gamble and most of all, make plans that will most likely land them back in prison. Once again, Duncan excels at making such places come to life within the context of a compelling crime drama.

Irrespective of the series chronology, The Last Straw works well as a stand-alone novel, and could be the entry point for newcomers. With that said, fans of the first book will be pleased to find Rico Sanders back in action. Here Duncan has developed the six-foot contract enforcer, who is built like a tank, in all the right ways, slowly adding detail-upon-detail that will serve him well throughout the series. It’s the little things that make him just the right kind of anti-hero: the way smokers annoy him, his secret love for books, his ability to mask his true feelings.

Here’s hoping this is just the second of many Rico Sanders books.