Blood Republic is a political-thriller for a divided modern America. Corrupt politicians, racist generals, NSA surveillance, and viral hate; Blood Republic examines current extremism through a heart-pumping thriller with the fate of the country at stake. Will America survive its next election, or collapse into a 2nd civil war of conservative versus liberal? 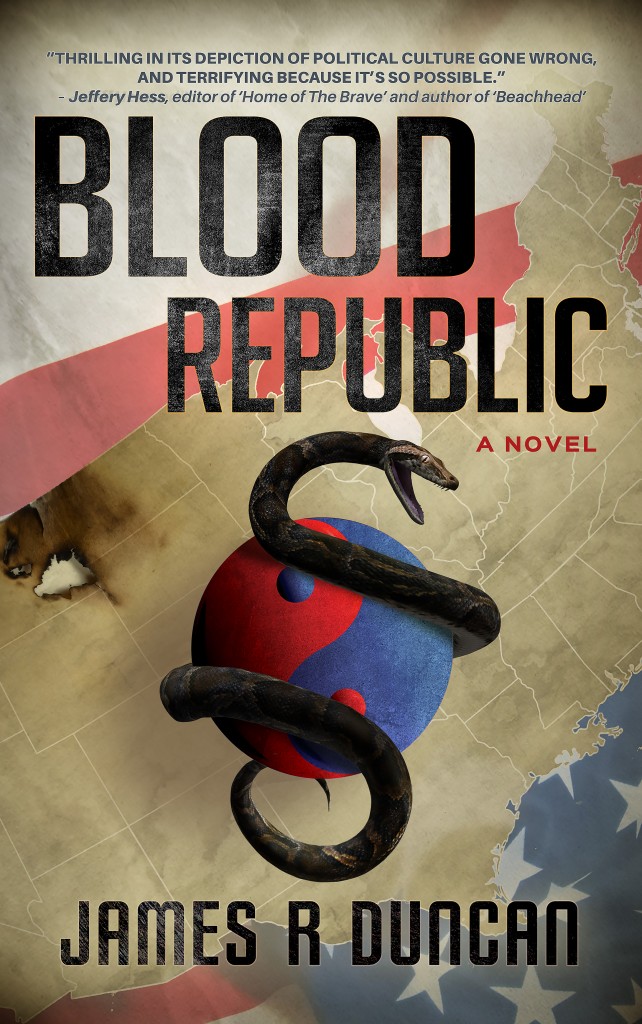 During the closing hours of the tightest presidential election in US history, firebrand Annie Daniels is a Democratic-socialist senator determined to win the White House.

She dreams of eradicating injustice, and hopefully, saving her dying daughter’s life. Major Amos Daniels though, her conservative Green Beret brother, might have something to say about that, if her plans go against his faith.

As an Electoral College tie nears, the country erupts into rioting, and Annie and Amos are thrust to opposite ends of a constitutional crisis with guns drawn.

Will the Daniels family find common ground above ideology to prevent a second civil war? Or, will an unknown enemy-of-the-state escape justice while pushing the nation into chaos?

Blood Republic will keep you on the edge of your seat, guessing at who the true villain is in a divided modern America, and in the end, wondering if peace can ever truly overcome hate.