The Bottom Line: Riveting, addictive and essential for any military thriller fan. The stakes in C.W. Lemoine’s Spectre series grow ever higher as pilot-turned-fugitive unearths a plot that threatens not only his life, but national security as well.

When we first catch sight of fighter pilot Cal “Spectre” Martin and his trusty animal companion, Zeus, he’s hiding out in a Louisiana cabin. Frame 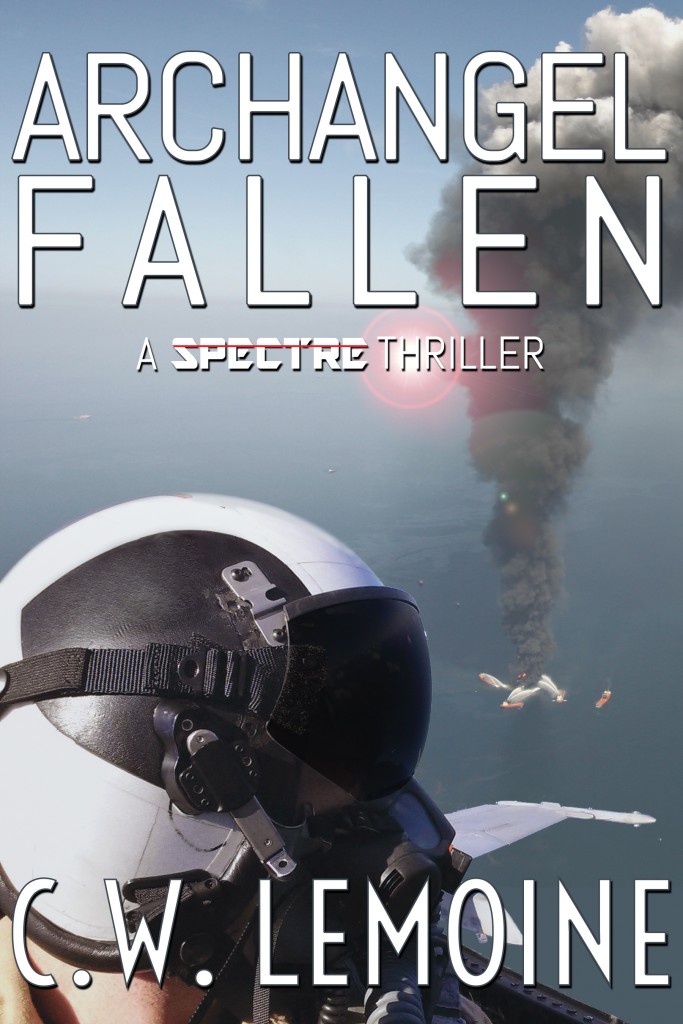 d for an act of alleged terrorism, he’s being hunted by the FBI. When Spectre’s longtime father figure shows up at his hideout, the reunion is anything but happy. Bear breaks the news that Spectre’s best friend and mentor has been found dead. As if that news isn’t bad enough, Spectre has been charged with his murder.

While forced even further into the shadows, Spectre and an ensemble cast begin exploring the activities of Charles “Ironman” Steele, a powerful military figure who reports directly to the Secretary of Defense. In Lemoine’s previous outing, Avoid. Negotiate. Kill., we learned of Ironman’s relationship with a ruthless Chinese national named Jiang Xin. Now Spectre fears that the Chinese are behind a variety of covert dealings at various levels of government. If he doesn’t do something, the consequences to national security could be far-reaching. Lemoine may have his protagonist on the run, but he still manages to fill Archangel Fallen with thrilling aerial combat scenes colored by his years of experience as fighter pilot. In one particularly breathtaking chapter, a pilot is shaken by a surface-to-air missile warning light. Thanks to Lemoine’s knack for delivering precisely the right level of mechanical detail, the pilot’s fear is both palpable and believable, leaping right off the page.

Overall, Archangel Fallen sees Spectre becoming much more than a fighter pilot with a gift for hand-to-hand combat. He’s evolving into a multi-faceted player reaching ever deeper into the political and intelligence machinations of the government. It’s a role that feels authentic, and one that cleverly sets up a cliffhanger for the next entry in the series.