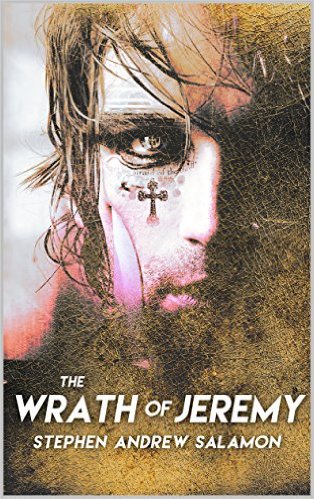 From the age of twelve, doctors have told Jeremy Daven that his visions of terrifying beasts and bloody revelations are the result of a debilitating mental illness.

If only they were right.

As the adolescent reaches adulthood, his ‘schizophrenia’ intensifies; it seems he can’t even eat breakfast without witnessing apparitions too hideous to bear. All Jeremy wants is a normal life; to be the son his family wants him to be. But just when he thinks his brain is finally dissolving into the darkest pits of madness, small signs appear that hint there might be more to his affliction than meets the eye.

Is Jeremy insane, or is he simply answering the call of fate?

Beyond the bounds of suburban sanity, an unseen war is being waged. As Jeremy stands on the precipice of embracing his destiny, he’s faced with an impossible truth.

Being crazy is unbearable. But to be the only sane person in a world gone mad, is much, much worse.