The Bottom Line: An engrossing archeology thriller crafted in the tradition of Douglas Preston & Lincoln Child. 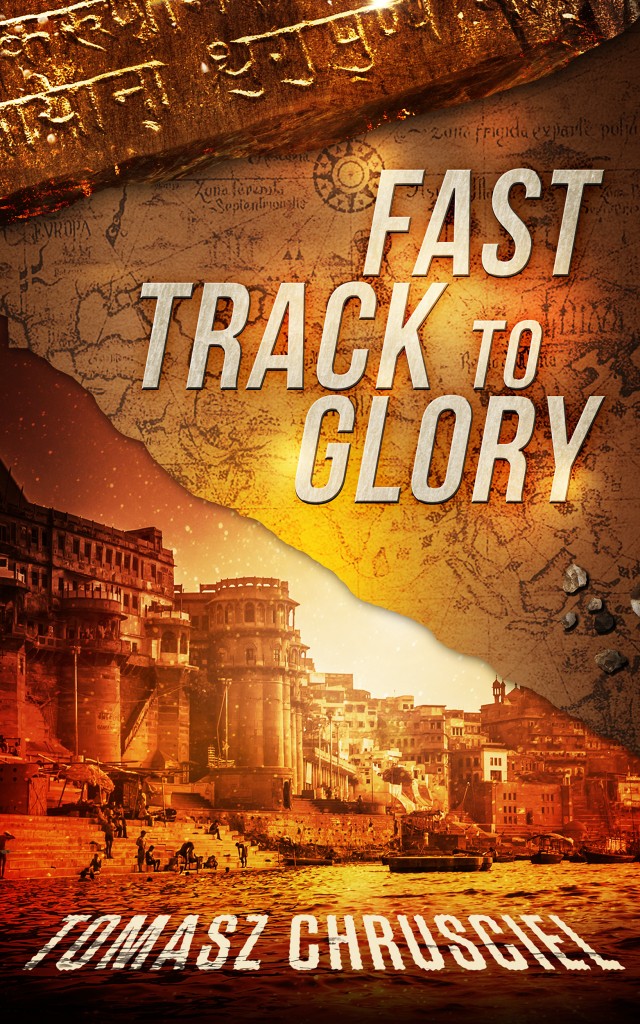 When 36-year-old religious history professor Nina Monte is summoned to Germany’s Heidelberg Castle, she becomes just the fifth living person to see images of a the Santa Lucia, a galley that sank during a battle in 1439. To her great surprise, Nina is asked to verify the authenticity of an artifact that they have yet to recover from the wreckage. Soon afterwards, she finds herself on Italy’s Lake Garda, examining at a tablet that may contain the oldest religious inscription ever found on Earth.

As you might expect, this discovery won’t remain a secret for long, and Nina finds herself caught in the crossfire. Enter wealthy explorer Lammert van der Venn, who believes the artifact may grant him immortality and is willing to do anything to get it.

Fast Track to Glory stems from a long tradition of great stories about academics who are swept into peril over the struggle over a relic of historical and supernatural significance (e.g. Indiana Jones, Dan Brown’s Robert Langdon and more recently, Preston & Child’s Aloysius Pendergast). Author Tomasz Chrusciel wisely differentiates by ushering a female academic into the expert role with a decidedly international worldview. Nina Monte is of Indian/Italian heritage, and her plight globe-trots throughout Europe and India. The result is an unusually exotic flavor that delivers some incredible scenery even during the book’s more tense moments.

While the book’s action sequences may not be quite as memorable as we had hoped, Chrusciel makes up for it with rich cultural context that will have history buffs Googling many of the fascinating insights conveyed in the narrative. Let’s hope that Chrusciel plans another adventure for Professor Monte in the near future.

The Girl You Lost, a Psychological Thriller by Kathryn Croft
Book Review – The Virgin of the Wind Rose: A Christopher Columbus Mystery-Thriller by Glen Craney