The Bottom Line: Even when Baldacci isn’t at his best, he’s still one of the best in the business at cooking up complex whodunnits that keep you guessing until the very end. 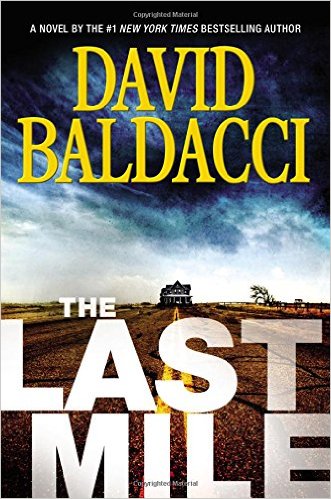 Convicted murderer Melvin Mars is counting down the last hours before his execution–for the violent killing of his parents twenty years earlier–when he’s granted an unexpected reprieve. Another man has confessed to the crime.

Amos Decker, newly hired on an FBI special task force, takes an interest in Mars’s case after discovering the striking similarities to his own life: Both men were talented football players with promising careers cut short by tragedy. Both men’s families were brutally murdered. And in both cases, another suspect came forward, years after the killing, to confess to the crime. A suspect who may or may not have been telling the truth.

The confession has the potential to make Melvin Mars–guilty or not–a free man. Who wants Mars out of prison? And why now? But when a member of Decker’s team disappears, it becomes clear that something much larger–and more sinister–than just one convicted criminal’s life hangs in the balance. Decker will need all of his extraordinary brainpower to stop an innocent man from being executed.

Plot isn’t the problem with The Last Mile, but Baldacci’s protagonist, Amos Decker, isn’t nearly as convincing in his sophomore outing. The first time out, Decker’s hypethymesia is in direct conflict with Decker’s PTSD after his family was brutally murdered. This time out, he comes off as an implausible know-it-all with awkward social skills. It remains to be seen whether Decker’s character is recoverable, but The Last Mile is just good enough that we’re willing to give him one more chance.