The Bottom Line: A truly fresh and thought-provoking sci-fi thriller that explores human nature through the lens of an alien who walks among us.

It’s judgment day, earthlings, and the only one who can save us is a benevolent alien named David Jordan. 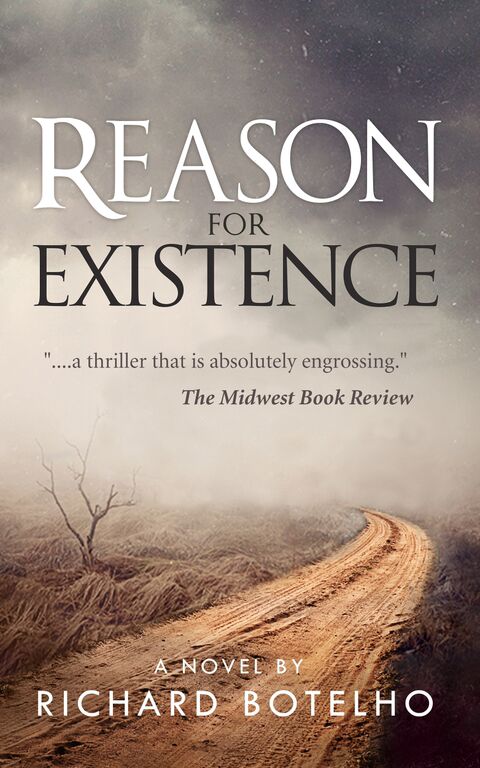 Richard Botelho’s Reason for Existence finds Earth in serious geopolitical upheaval, with China threatening to invade Taiwan, India and Pakistan nearing war in Kashmir, and numerous other conflicts springing up across the globe. UFO sightings are skyrocketing over global hotspots and nuclear facilities.

Meanwhile in California, David has a sit down with his interplanetary nemesis, Eric Waller. Unlike Jordan, who has dedicated his life to studying humanity, he discovers that Waller’s people, the Illick, have been plotting humanity’s demise for decades. Shocked by the United States’ atomic attack on Japan in 1945, and vulnerable to earthly weapons, the Illick have decided that humanity is unredeemable. The Illick – who already have a small group living on Earth – are about to execute their plan for the eradication of the human race, which comes with a clever catch: human beings will be the primary actors of their own demise.

Can Jordan save Earth from itself?

With Reason for Existence, Botelho contributes an entirely original entry into the alien colonization subgenre (which, FYI, actually has its own category on Amazon). The book’s structure recalls Max Brook’s World War Z, with each chapter headed by alarming eyewitness news reports from across the globe. These news flashes build upon each other terrifically, ratcheting up the suspense while mirroring Jordan’s activities.

By contemporary standards, Botelho’s dialogue is expository and abundantly philosophical, but perhaps no more so than that of Robert A. Heinlein, who many consider to be the greatest science fiction writer who ever lived. And like Heinlein’s classics, Botelho offers ample perspective on human nature as seen through the lens of outsiders both cynical and optimistic, while also exploring themes of mercy, friendship and the nature of conflict. If you love classic sci-fi, this is a book that is well worth your time.